The prestigious Academy of Science Fiction, Fantasy and Horror Films held their 45th annual Saturn Awards Ceremony last weekend. And Star Wars Resistance won the award for Best Animated Series on Television, other contenders were Archer, Duck Tales, Family Guy and Simpsons. Congratulations to Filoni and team! Click through for a bit more info and details! 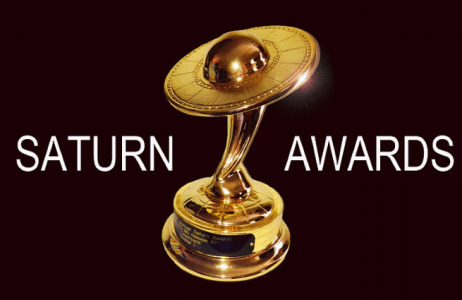 Resistance was not the only Star Wars nominee this year.

Solo was nominated in the “Best Science Fiction Film” category, but didn’t win for some reason. The winner was “Ready Player One” by Steven Spielberg, which beat other movies like Alita Battle Angel, Bumblebee, or Jurassic World Fallen Kingdom.

The honorable members of the Academy of Science Fiction, Fantasy and Horror Films, who vote on the awards, also gave away several other awards, too numerous to list them all, I will leave a link further below to the full list of winners, but here are some of the highlights:

Best Comic-To-Film Motion Picture (this totally sounds like a made up category, if you ask me…): Avengers Endgame, which beat Shazam!, Aquaman, Captain Marvel (my sources tell me Brie Larson has tasked her lawyers with demanding doping tests from the academy members, she suspects they were inebriated when they let Endgame win instead of voting for Captain Marvel) and the two Spider-Man movies, live action and animated.

Best Fantasy Film: Toy Story 4 (????) Other nominees were Godzilla???? Dumbo?!?! and the one proper Fantasy Film, kind of, I can think of, Aladdin.

Best Animated Film: Into the Spider-Verse (wait, wasn’t that movie also nominated in the best “Comic-To-Film” category? Something smells fishy here!) – other contenders were The Grinch, How To Train Your Dragon (isn’t that Fantasy???) and also once again Toy Story 4. I suppose they classified Toy Story 4 as “Fantasy” so Spider-Verse could at least win something. But why not make up an all new category “Best Animated Superhero Movie That Features A Spider Ham Cameo” instead? No one would notice you made up that category just for that one movie!

Best Actor: Robert Downey Jr., who, among others, beat Chris “Captain America” Evans, Neo the Chosen One aka John Wick, Tom Cruise and Nicolas Cage, how can Nic Cage not win, shouldn’t he win everything? The most memable actor ever?

Best Actress: Jamie Lee Curtis, who surely only beat Brie Larson because the Academy cheated, I see no other possibility here. I demand an investigation! Actually, anonymous sources on Twitter tell me that Brie Larson has already hired a private investigator, she suspects the person who wrote the lots is dyslexic and misspelled “Brie Larson” as “Jamie Lee Curtis” instead. We’ll keep you posted!

Best Supporting Actress: Zendaya (no last name given, it must be a cover identity), contenders were Karen Gillan (why didn’t she win??? She should win everything!) and Scarlett Johansson plus several others I sadly don’t know at all

Best Performance By A Younger Actor (come on, at least come up with more catchy names for totally made up categories….): Tom Holland, who beat Millie Bobby Brown, the only other nominee I know by name

Best Director: Jordan Peele for “Us”, who probably only beat the directing team of Captain Marvel because of some oversight or bribery, but Brie Larson is busy with the other two investigations and doesn’t have time to launch a third investigation. Other nominees were Steven Spielberg, the Russo brothers and Guy Ritchie (plus a few additional people).

Next up ist TV and Streaming…

Best Superhero Television Series: Supergirl (…..) – four other CW shows were nominated as well… plus Gotham and Cloak & Dagger (never heard of that, is it any good?). Why was Captain Marvel not nominated, and why didn’t it win? I don’t care if it’s on TV or not! I may inform Brie Larson about this!

Best Fantasy Television Series: Toy Story 4, no, I made that up, ok, winner is actually Game of Thrones, what else. Despite Season 8. Or maybe because of Season 8. You never know!

and for some weird reason the Saturn Awards have similar awards for streaming series, which seem to be not like tv series at all, so they need their own category?

Best Streaming Science Fiction, Action & Fantasy Series (why not include Comedy as well, while we’re at it?): Star Trek Discovery (This is not a typo. Did it win for best Fantasy? Surely not best Science Fiction? Maybe best Action? Why not best Comedy? I wish Toy Story 4 had won this category!). Discovery won over other things like The Expanse, Good Omens, Black Mirror or Lost in Space (which is apparently a thing on Netflix).

A few other awards, the list goes on and on:

Best Actress in a Streaming Presentation (whatever that is): Sonequa Martin Green… ?!? What? Ok, I give up. How can anyone spell Brie Larson that wrong! Also, Sonequa Martin Green has less acting range on Discovery than a log of wood. Anson Mount was great, Doug Jones is great. But Sonequa???

Well, those are some of the highlights of the 45h annual Saturn Awards. I had a good laugh here and there, and I hope you had a good time reading this.

The full list of winners can be found here!

And as usual, leave your very serious thoughts in the comments!

And in case you missed the point: this is not to be taken seriously! At all! Call it “fun”, if you don’t think it’s fun, that’s ok. Leave your insults directed at me in the comments! I will ask Brie Larson’s laywers if they can spare 1 or 2 minutes of their time, suing you! 😛

Ok, that was a joke. I don’t know Brie Larson (I wish) and neither do I know her lawyers. Please don’t insult me. It will hurt my feelings. Also, if you do that my friend Liam will call you on the phone and talk about this very singular talent he has.

Ok, I don’t know Liam Neeson either. Just be nice! Please! Or my buddy Rian Joh…. ok, I was told to stop now! I need to feed my Porgs anyway! Have fun in the comments!

Previous Article: All Of Those TVC Updates And Improvements: "What A Coincidence!"