Is History Just Repeating Itself?

YouTuber Hello Greedo released a video yesterday, which is an obvious parody of various “doom and gloom” reports about Star Wars being dead or dying. Hello Greedo focuses mostly on the toy business, he cites various “doom and gloom” articles from the prequel era about the toys to convey a clear message: it was apparently mostly hyperbole then (we still have Star Wars toys in 2019, after all) and it’s most certainly hyperbole now. So, is it then? Let’s take a closer look at things and see if the sequel trilogy era is just the prequel trilogy era reloaded. Click through to continue reading! 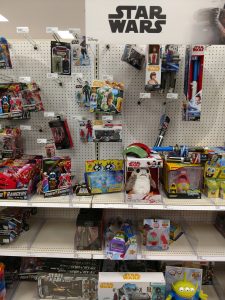 Here is the video by Hello Greedo, it’s short, it’s a barrage of newspaper and website snippets from back in the day that talk about the underwhelming performance of Star Wars toys during the prequel era.

So, is it true? Is the current “Star Wars toys don’t sell” narrative just the same story as back then, when the prequel movies divided fans?

These are the things we know:

So how does the situation during the prequel era compare to today? We have no exact numbers, Hasbro long stopped reporting actual sales figures for Star Wars toys, but we do have industry estimates, interview statements and trend data by Hasbro.

In 2015 Hasbro made about $450-$500 million with Star Wars toys, which is about on the same level as The Phantom Menace and Revenge of the Sith.

However, to put things in perspective, we have to account for inflation, now this is not 100% straight forward, because a good percentage of toys is sold worldwide, and accounting for inflation and foreign exchange is not so easy. But adjusting for inflation will at least provide some perspective on how the numbers for the prequel era compare to sequel trilogy numbers.

Just looking at these numbers you can see that Star Wars toys, even if overshipped for TPM, made a lot more money during the prequels, much more than now. And when we account for the fact that back then the average price for a figure or vehicle was a far cry from today’s $13 for TVC, $20 for TBS and $80 – $100 for some TVC vehicles you can easily see that either a) the average fan bought a lot more toys for the prequels and / or b) there are fewer collectors in the sequel trilogy era that buy fewer toys overall. It will certainly be a combination of both, fewer collectors in general, buying fewer things, simply because the number of releases has decreased, you cannot buy what isn’t made.

So is the current “doom and gloom” narrative just hyperbole, comparable to the prequel era narrative?

There are some similarities, for sure. The rift in the fan community is similar, back then there was a lot of hate and people accused George Lucas of ruining Star Wars and their childhoods. But let’s not dwell too much on the movies, what about toys, the one aspect Hello Greedo also focuses upon?

So what are the differences between the prequel and sequel era?

To say that things now are just like 20 years ago is not entirely correct. But Hello Greedo’s polemic against alarmist YouTube videos or articles is not entirely incorrect either.

Star Wars will not die. Star Wars makes money. Even the toys still make money. And even a bad result like $160-$180 million in 2018 is something most other companies would be happy about.

However, it may very well be that Star Wars toys are fading, that sales will shrink down to levels until Hasbro no longer consider it a worthwhile business, especially with the extremely high royalty rates involved. There is certainly a reason why for the first time in decades no license extension has been announced yet. And the current agreement expires in a little over a year from now. Not much time left to sort things out.

So, in a nutshell… on the toy front things are much worse now than they ever were during the prequel days. To say otherwise and to insinuate that things will be put right again automatically and that it’s merely business as usual and that to imply otherwise is alarmist hyperbole is not entirely accurate.

Also, Hello Greedo completely ignores the international market. Here in Germany / Europe you could find prequel trilogy Star Wars toys everywhere.
Most retailers in Germany and elsewhere no longer carry TVC, no longer carry TBS, I have never seen a single Solo toy on shelves anywhere in Germany, TRU (now Smyth’s) might have them, they surely will, but they only have a few stores and when you go to the usual department stores downtown the sight of the Star Wars aisle is always the same: some 5 POA leftover figures from Last Jedi, some plush Porgs, leftover Forces of Destiny Dolls, and then assorted merchandise like coffee mugs, bags, masks and some roleplay lightsabers.

In other words: many retailers in Europe have completely given up on Star Wars (at least action figures) or try to get rid of remaining stock from two years ago. It remains to be seen if The Rise of Skywalker will change that, but the retail situation outside the USA, especially Europe, is very much different from the prequel days.

Star Wars toys will continue to exist. Disney will keep releasing new content. This is not the question. The question is if in 2021 it will still be Hasbro that make Star Wars toys. The question is how many Star Wars toys there will be. The number of releases in the modern sequel era is already much smaller than before. The question is if an action figure segment that is more and more supported by adults and less and less by kids who want to play with them will not become much more niche. And this is another aspect Hello Greedo glossed over: the toy market has evolved, kids have different interests now. The age at which they lose interest in action figures has decreased, Hasbro has to appeal to younger and younger kids these days, if they want them to play with action figures, since older kids are no longer all that much interested in action figures.

Hello Greedo may think it’s all just alarmist reports, hyperbole and exaggerations, similar to the negative reports from 20 years ago. But times have changed. Things are different today than they were then.

Solo, a Star Wars movie that outright flopped, should convince even the most stalwart optimist that not all is well in Star Wars land.

Of course there is hope. Maybe the Mandalorian and Rise of Skywalker can boost toy sales again. They certainly will. But the question is by how much. Triple Force Friday and the holiday season 2019 need to be a huge success. It may well be that the future of the Star Wars toy license hinges on the next three months and whether or not Hasbro and Disney want to continue their relationship. I certainly hope so. I think Hasbro is a good partner, their action figures and toys are, with few exceptions only, the best they have ever been. Just look at the new Black Series Rise of Skywalker Rey figure and compare it to the TFA version. We have come very far.

But great looking toys also need people who want them. And here Star Wars has been struggling in recent times. Demonstrably so. Hasbro made a lot more money with Star Wars during the prequels. even if toys were overshipped and ended up on clearance as well.

So what do you think? Is Hello Greedo right? Is it all just alarmist hyperbole and clickbait when articles talk about struggling Star Wars toy sales? Will things be right again, nothing to see here? Will Hasbro still make Star Wars toys in 2030 when people are upset about the next trilogy and fondly remember the sequels? Or are things actually different now? Leave your thoughts in the comments!

Next Article: Another Retailer Exclusive That Bit The Dust?