A couple weeks back I posted that I got a grail piece in my collection: the Black Series Shock Trooper Helmet. This week I’m pleased to say that I was able to add another grail piece to my collection. The title is your answer, but there is more to the story. I also received an awesome photo from the client who I made those 2 ARC troopers for. Click through for my week in Star Wars, and let us know what you added to your collection this week in the comments!

I have known my best friend for about 15 years now. It is weird that his little sister who was like 5 when I first met him is getting married now. That is great for me, though, because her fiance, I found out, is a Star Wars collector and action figure customizer! He recently decided to only move forward with 6″ figures, and was extremely generous in that he offered me all of his 3.75″ collection in trade. I traded a 6″ Battle droid model kit, and the promise of some future customization work, but in the end I really came out ahead in this trade. It took me forever to sort through the giant box of figures. There were some really great ones included, like Captain Rex in the scout trooper disguise from ROTJ, Nicanas Tassu, Fives, TVC Bespin Luke, and several others.

The piece de resistance, however, was the glorious republic gunship, my #2 most wanted vehicle in Star Wars (only behind a Tydirium). It’s missing a few pieces, but is as complete as I care to have it. It would be nice to have a couple ball turrets for the side, but they go for about $100 each on eBay (yikes!). It seems unlikely I’ll get one, let alone 2, in the foreseeable future. Alas, I am most pleased that I was able to get one of my most wanted Star Wars vehicles, and for really no cost to me. 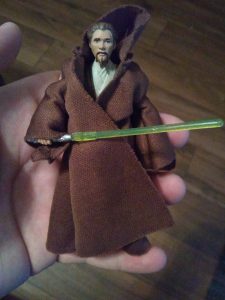 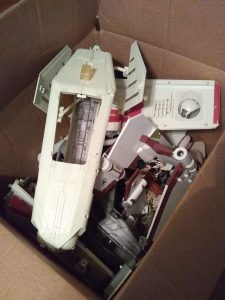 A beautiful box of stuff. I’ll post better photos of the gunship another time. 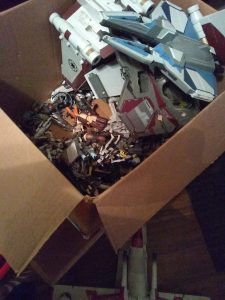 I also wanted to share a quick custom figure. I wanted a Commander Bacara that didn’t have silly gimmicks or missing articulation, so I took a 41st clone and drilled out the helmet to make a removable helmet version of Bacara to lead my galactic marines. 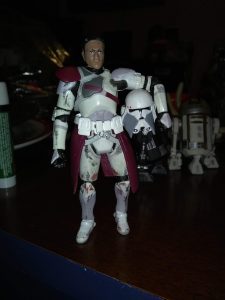 I also picked up a 6″ Stormtrooper from the Disney store to use for a custom figure. They are on sale for $10. 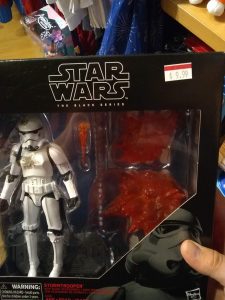 Lastly, I wanted to share this wonderful picture I received from @star.wars.garden. I was commissioned to make these two clone troopers. I am quite proud of how they turned out, and they made for some awesome photos! 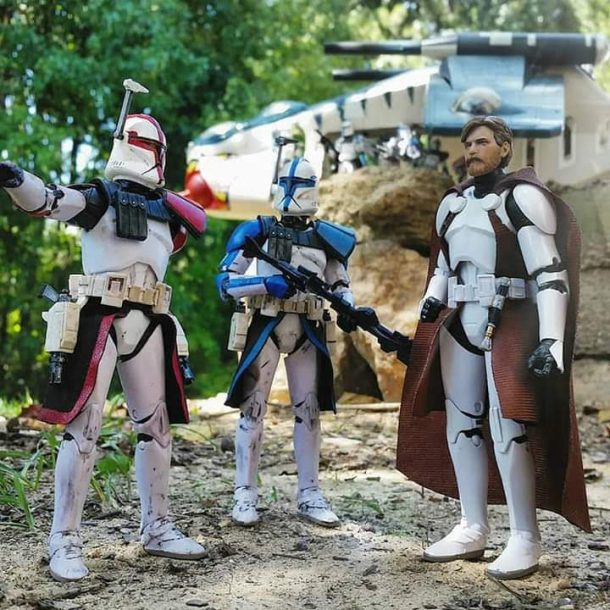 I had quite an amazing week in Star Wars, I’m happy to say. How about you? Thanks for reading, now please be sure to comment below!