A user on Reddit found out an interesting detail about the newly released The Rise of Skywalker teaser poster. The shadowy image of Emperor Palpatine is not a photo of actor Ian McDiarmid in makeup! Instead the artist(s) who created the poster used a Hot Toys figure of Emperor Palpatine! Is that a first that an official Star Wars movie poster uses an action figure instead of the actual character? Are there no decent promo photos of Ian McDiarmid as Palpatine in The Rise of Skywalker? Either way this is certainly flattering for Hot Toys. Lucasfilm must have thought that the figure looks so convincing that it can stand in for the real character. However, several people had remarked – before it was known that a figure was used – that something seems to be off about Palpatine in the poster. At least now we know why. 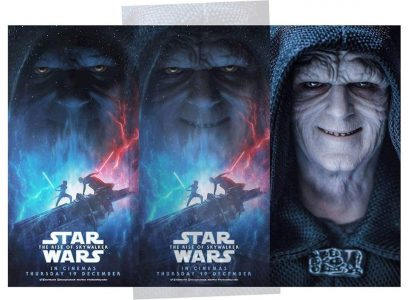 Click for full verson! The figure on the right is a 100% match for the looming Palpatine in the poster!

Next Article: TARGET And Disney Store Join Forces This October