A “Hasbro Star Wars Vin Huckleberry Hoodboat” has appeared in various Swiss online shops! The price ranges from 102.70 -119 Swiss Franks. So it could be a $80-$100 vehicle in the US. We know that “Huckleberry” is the code name for the Mandalorian show. The vehicle has been rumored for a while now, but the fact the TVC vehicle can now be found in several European online shops is certainly another good sign. It is unknown what vehicle exactly Hasbro will release, but the Razor Crest would be a logical choice here. Expect it to see the light of day in early 2020.

If you want to check out the German language shops, here are the links:
Spielgut Shop
Das Spiel
Alles Kaufen

Thanks to TC Wood for the links and alert! 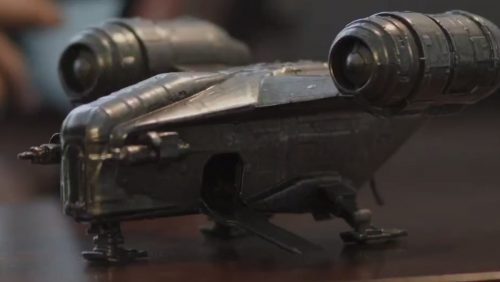