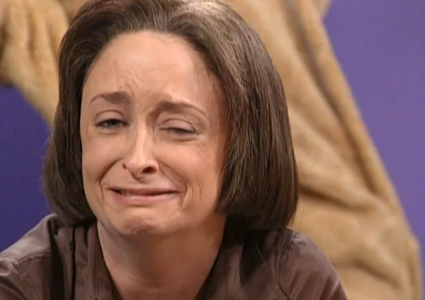 Let’s cut to the chase. Things are not looking good right now. The last update I gave was on August 1st, that was 18 days ago. In this time Unicron added 562 backers, that is 31 backers per day. Cookie Monster added 94 backers, or a little more than 5 backers per day.

What Cookie Monster needs is a miracle. With less than 7 days left for the project, Cookie Monster only has 16.23% of the required backers. So unless all the Muppet fans patiently wait until the final hour, this Haslab project is probably dead.

It has to be pointed out that the Sail Barge reached its funding goal three days before the deadline and then added a couple of thousand extra backers in the last 72 hours. So, in theory, an army of Cookie Monster fans could back the plush toy in the final few days, but why wait so long? I would say the Barge added so many backers only because it had reached its funding goal, many had probably waited to see if the Barge will get made at all, maybe to spare the disappointment of backing something that won’t get made. If that is so then the Muppet fans need to come out of hiding and back the project now… or it will be too late. It’s not impossible, but with each passing day it’s getting more and more unlikely. Maybe a $300 plush toy was not Hasbro’s best idea for a Haslab project.

Unicron is at almost 34% with almost two weeks to go, this is not hopeless, it might get made, but it may fail as well. Too early to call. But reaching 8.000 backers is certainly an ambitious goal.

As stated in the previous Haslab article, potentially failing 2019 projects should only prove to Hasbro (and Disney) that the Star Wars fan community is still strong, at least strong enough to successfully fund a $500 toy. The decline of toy sales is not the fault of the fans, or proof that fans abandon Star Wars toys, the hard question needs to be asked if Disney let Hasbro make the right toys and if the entertainment that drives toy sales spoke to the target demographic that buys toys. Maybe repacking Jyn, Finn, Cassian, repacking previously released 3.75 in Black Series figures in TVC and making figures such as Rose, Holdo and a few others, having a villain in your movie that wears a bathrobe and slippers and comes with zero accessories as an action figure, have brought us where we are now.

Fact is that the figures themselves have never been better. Both TVC and TBS are the best (with few exceptions and paint app errors) they have ever been. Hasbro is continually improving the figures. But the more casual collectors seem to have lost interest altogether, sales have declined by roughly 2/3 when compared to 2015. Disney needs to think hard why toys based on Marvel see strong sales and toys based on Star Wars are regular finds at Ollie’s, Ross and Dollar stores, some Marvel toys end up there as well, but it seems Star Wars toys end up on clearance in droves. But the same fan community also backed a $500 toy successfully. Something the Transformer community still has to prove. And the Muppet fans probably won’t. Maybe Star Wars can still be the goose that lays golden eggs, if the diet you feed to the goose is the right one.

The next article will be posted as soon as the Cookie Monster project has finished. Should something unforeseen happen in the meantime it will be posted here as well.