A brand new trailer for the second season of Star Wars Resistance has been released today. Along with that comes the announcement that Resistance will also end after season 2. This is the official trailer description from the Star Wars YouTube channel:

The Emmy Award-nominated series Star Wars Resistance returns for its second and final season beginning Sunday, October 6 at 10:00 p.m. EDT/PDT on Disney Channel and in DisneyNOW, with subsequent airings on Disney XD. The concluding season takes place during the events of “The Last Jedi” leading up to “The Rise of Skywalker,” as Kaz and the team continue to fight against the threat of the First Order, culminating in an epic series finale.

In light of this it’s no surprise Hasbro no longer makes toys for the show. Also, ratings were very bad. Season 2 was probably greenlit / in production, long before season 1 even aired. In light of the ratings and lack of toy support it only makes sense for Disney to focus on something new. Of course, it may also be possible that Resistance was always supposed to be just a show with two seasons, but I find that unlikely, considering the costs developing the show and how animation usually works.

Watch the trailer by clicking the image below. It looks quite epic in places, with huge space battles. Kylo Ren makes a guest appearance even (not voiced by Adam Driver, it appears). As far as story arcs go: apparently the Colossus is in search of a new planet to call home, while the First Order can still track the Colossus. Kaz and friends don’t know how they can do that, but we know the answer already. Hyperspace tracking, of course.  Let’s hope the Colossus won’t have any problem with its fuel supply as well. Leave your constructive thoughts in the comments! 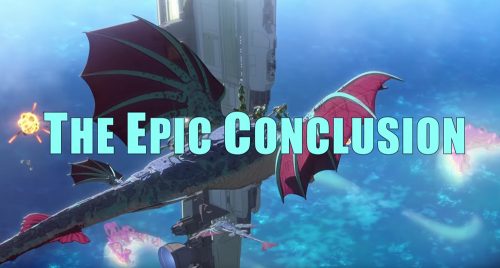 Previous Article: Retro Collection Boba Fett? Is It On The Horizon?