What Toy Companies Think About Licensors And Toy Licenses

Toyworld Magazine has published an interesting survey about what toy companies in the UK think about the current situation of licensed toys in the UK. Of special interest was how they view the collaboration with licensors. And while this is UK specific it’s certainly applicable to other countries as well. And there is even info about Disney hidden in the survey that should be of special interest to all of us. Also, the toy companies say how they really feel about embargos. So click through to find out how happy toy companies in the UK are about licensors! 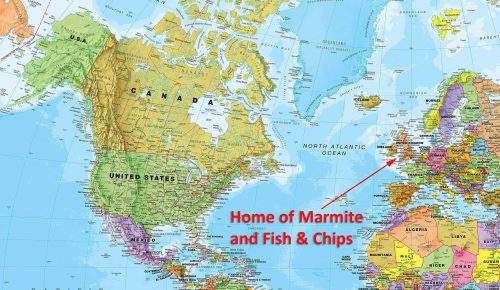 A friendly reminder for the geographically challenged about the location of the United Kingdom. Click for larger view!

Licensed toys are facing a somewhat difficult time in the UK, sales have been slightly declining over the past years. Licensed toys made up 29% of all toy sales in the UK in 2015, but in 2018 that was down to 23%. And while the article doesn’t cite any reasons it’s safe to assume that one of the brands responsible for the decline is Star Wars. 2015 coincided with the release of The Force Awakens which saw very strong sales, sales which have since then declined by a lot. But of course other licenses certainly also contributed here.

The survey was anonymous, which means with one single exception, no names of licensees or licensors were mentioned. But we can still deduce a few things from the survey that are quite interesting.

The first question asked was about how easy it is to convince retail partners to carry a licensed toyline:

And one third of all licensees said it’s getting harder to sell licensed toys to retailers. One comment by a licensor is that retailers are more and more looking to sell year round licenses instead of event driven brands, but online, especially Amazon, is growing. Since Star Wars is very much an event driven brand now that might not be all too good news for Star Wars toys – in the UK at least, but the retail situation for Star Wars in the US is not too rosy either at the moment, shelf space has been shrinking.

Of special interest is the question whether or not royalty rates and licensing fees are too high:

It’s certainly not a big surprise that most toy companies think licenses are too expensive. But the comments provided by licensees are very interesting here, especially the fact that Disney gets mentioned!

According to one comment Disney has lowered some of their royalty rates for companies in the UK! Now, it’s not mentioned what licenses are affected here. But it’s interesting to note that Disney is lowering some fees at all! We have all been debating whether or not the Star Wars license is much too expensive in the current climate. So maybe Disney is not deaf to reason and maybe Hasbro can also get Disney to lower rates for Star Wars, if they haven’t lowered royalty rates or minimum guarantees already!
We know for a fact that Lucasfilm lowered their mininum guarantees for Hasbro back in the prequel days when the movies underperformed. So it’s not unreasonable to assume that after declining toy sales and the commercial failure of Solo, Disney may have done the same thing for Hasbro.

Another comment here is that American licensors often have higher expectations, because they are used to doing more business in the US, which is a much larger market, which can lead to unrealistic aspirations in Europe.

Next up is the question how easy or complicated the approval process is. Licensors have to approve each and every single toy (usually). And it seems most licensees in the UK are not very happy with how things are done here.

A majority of licensees think the process is needlessly complicated. One comment is that for entertainment brands the process can be ridiculous and that the affected company almost missed several shipping deadlines because of that.
Another comment says that because of the protracted process it can result in fines by retailers for missed deadlines, when a new line is shipped later then promised.

And one more question from the survey is of interest and quite relevant, considering Triple Force Friday is coming up and we officially know… nothing.
The survey asked licensees about their opinion on embargos.

And as a surprise to probably no one, the overwhelming majority of licensees think it’s a barrier to making business. But the comments here are really enlightening. And since everything is anonymous the toy manufacturers can say how they really feel about embargos.

One licensee simply states that licensors have to realize that we live in the world of “NOW” and that consumers want things quicker than ever. I suppose truer words were never spoken.
Another comment says that it’s certainly a barrier, especially when the trailer and other information is already out there (hello, Star Wars!) and that it inhibits sales when a licensee can’t send out images or launch product at the beginning of a season.
Another licensee was quite blunt and says it’s ridiculous when they can’t even show the box to the retailer – but it’s only one major licensor where that is a problem (now who might that be, I wonder?).
And yet another comment also shows a lot of frustration. One licensee simply doesn’t understand why the product packaging isn’t allowed to tell the story.

Now, again, this was a survey about the situation in the UK, but we can assume that licensors operate very much the same all across the globe, including the US.

So, did any of the things here surprise you? It’s certainly interesting to learn that, at least in the UK, a substantial percentage of retailers, 34%, don’t want as many licensed merchandise anymore. And reading the comments by licensees about embargos gives a good impression about how Hasbro must have felt at SDCC when they were allowed to present a helmet and a 3D render of a figure – and nothing else really.
It makes no sense. Disney is certainly one of the companies that needs to understand that we live in the world of “NOW” and that we consumers want things not in 3 or 6 or 12 months, but rather now. The waiting game and not knowing anything officially frustrates everyone. Would it be so difficult for Disney to allow Hasbro to release a product calalogue with all the upcoming Star Wars toys to both fans and retailers?

A company such as Playmobil (very huge in Europe) still provides both consumers and retailers with printed catalogues even, which tell you what to expect for the full year. So you can already see what you’ll want to gift your kids (or yourself) for the holiday season. With full details on the sets, nice photos and month of availability. Why can’t we have something similar for Star Wars? Toys are not a state secret.

It’s ridiculous that everything gets either leaked on eBay, Reddit or Instagram anyway. JTA posted the list for the Black Series Triple Force Friday wave only yesterday, a full two months before the top secret toys are officially unveiled.

Leave your own thoughts in the comments! And maybe our friends from the UK can tell the rest of the world why anyone would ever want to eat Marmite! 🙂

Read the entire Toyworld Magazine survey to learn even more. You can also find a summary on the Toymag website.