Star Wars on Disney+ And Disney Break A Record!

While not directly related to toys or the upcoming The Rise of Skywalker, there are a few Disney news I thought are worth sharing. The first piece of news is about what to expect on Disney+ later this fall, including what Star Wars content you will find, as we now have a more definitive list of what movies and shows will be available. And then Disney has smashed a record. Which one? Click through to find out more! 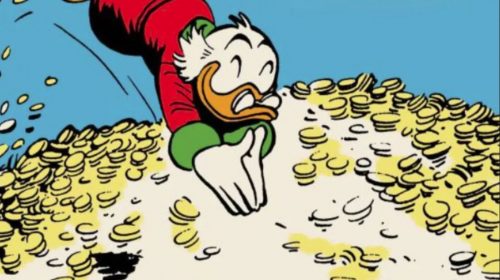 Disney will have the following Star Wars movies available at launch:

The Last Jedi, Solo and The Rise of Skywalker will be added to the library in the first year.

And then there are also Star Wars shows. As you all know The Mandalorian will be available at launch.

The all new Clone Wars season will be released sometime later. The Cassian Andor show is expected to be released in the second year, that means probably late 2020 or even early 2021.

Conspicously absent here is Star Wars: Resistance. So that probably stays on TV for now.

Other highlights are the various Marvel shows, WandaVision and Loki debut in spring 2021, Hawkeye will follow in fall 2021, an animated show will also be released. Falcon and The Winter Soldier will air in the first year, exact date unknown.

Subscription fee for Disney+ is $7. The service will also launch in other territories in 2021. But since the rights situation in Europe is different from the US it remains to be seen what exclusive content Disney+ can offer outside the USA.

And now to the second piece of news. Following last weekend, Disney have broken their own box office record from 2016. Total global box office for Disney movies in 2019 is currently $7.67 billion. The previous record from 2016 was $7.61 billion. But we are only 7 months into the year, with 5 more months to follow and a few high profile movies such as The Rise of Skywalker, Frozen 2 or Maleficient 2 still coming. 2019 will be an exceptional year for Disney movies. And even if TROS should underwhelm, Disney will still have their best year at the box office ever.

The top 5 movies of 2019 at the domestic box office so far are all from Disney. Chances are that number will increase to 8. On a side note: each of the current top 5 movies is either a sequel, prequel or remake. All of the upcoming Disney movies are, of course, sequels.

Will the Star Wars (and Marvel) content offered on Disney+ be enough for you to subscribe to the streaming service? All in all the service will have more than 500 movies and about 7,500 TV episodes available when it launches.

Read more about the Disney+ library on Cnet.
Variety has the story about the box office record.