I don’t think that Hasbro mentioned it at the SDCC panel. But the 3D render of Luke Skywalker (Dagobah Training) shows that Hasbro has re-engineered Black Series figures once again. Click through to find out what is new! 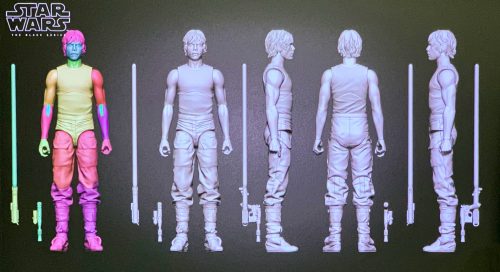 Not very much was revealed at SDCC, as we all know. Disney and Hasbro want to surprise us on Triple Force Friday. So in lack of many new things I took another look at the 3D render of the upcoming Luke Skywalker (Dagobah Training) figure and only then did I notice something that, as far as I remember, wasn’t mentioned by Hasbro at the panel.

But let’s step back a little bit… Hasbro has been refining Black Series figures for a while now.

So these are the improvements and refinements from the last year or so. And now it seems Hasbro has further refined something. The knee joint! 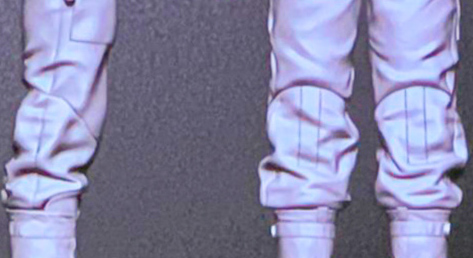 As you can see here this render is missing a detail which TBS figures usually had to this day: the double knee joint with the unsightly pins. But look at Luke’s knees here. No more pins. Instead the knee joint is getting a similar treatment as the elbow joint, which means a very long cutout for the joint that will probably allow for excellent range of motion, without breaking the sculpt anymore as the old knee joints used to do with their extra knee caps and double joint. The knees always looked horribly broken if you moved them too much.

Hasbro is emulating SHF Star Wars figures more and more. The neck joints are similar already, but the new knee joint is using a very similar approach as the SHF figures, which also have single knee joints (even if somewhat differently engineered).

I think this new knee joint will probably be a huge improvement. No more visible pins is always good, range of motion will still be excellent and the overall aesthetics will be improved.

What do you think about the new knee joint?

I think it’s great that Hasbro is not resting on their laurels and keep improving, tweaking and re-engineering Black Series figures to give collectors the best figures for $20.

Previous Article: Nothing To See Here