Oh, my lord. You’re going to be ANGRY that Hasbro made the Special Action Figure Set (Luke Skywalker Jedi Destiny) three-pack an exclusive that will be, well, let’s say, nearly impossible to track down outside of the aftermarket. I don’t know how else to say it other than this is the most brilliant set of figures Hasbro has ever produced for collectors. It’s egregious that they’re all relegated to an exclusive three-pack and NOT on individual TVC card backs. (Hopefully, they’re all forthcoming separately in The Vintage Collection because it’s ungodly to keep them in this exclusive set and never see re-release as basic figures.)  They should have initially released as basic figures in new case assortments. Start praying to your Maker now that these become more readily available singly. Some figures have some”photorealistic” deco issues (especially noticeable in the eyes), but I believe this will vary case by case.

All three Luke Skywalker figures have the most exceptional head sculpts I have ever seen on action figures for these characters. They cannot be bettered. Also, the technique utilized to recreate hair is quite astounding. The realism is uncanny. Luke Skywalker (Stormtrooper Disguise) uses most of the recently released Han Solo (Stormtrooper) (VC143) figure but now comes with a new head sculpt and belt which features a nonremovable commlink and grappling hook. The detail is beautiful. Luke Skywalker (X-wing Pilot) is the only all-new figure in the set, but it’s a phenomenal creation. His head sculpt is also remarkable. His helmet fits well, and ti’s nice to see ball-jointed wrists. But my most favorite figure is Luke Skywalker (Jedi Knight). Piggybacking on the TVC Luke Skywalker (Lightsaber Construction) (VC87) figure from 2012, Hasbro tweaked the outfit with some revised wrinkles, draping, and textures and gave the figure a stunning portrait (with corrected hair part finally) and an all-new and appropriately sewn and styled cloak. Just look at the thing. It’s overwhelming how beautiful it is.

The review is coming soon, but a rough gallery is ready for you to peruse. This is one of the most significant additions, if not the 2nd or 3rd best additions, to The Vintage Collection. And collectors will be angry if Hasbro doesn’t make all three figures more readily available in the VERY near future. Check out the gallery HERE! 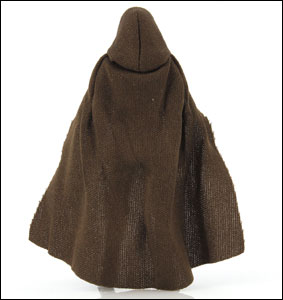