Star Wars: Resistance has been nominated for an Emmy in the “Outstanding Children’s Program” Category. Also nominated in this category are “A Series of Unfortunate Events”, Carmen Sandiego (both Netflix shows), the HBO documentary “Song of Parkland” and HBO show “When You Wish Upon A Pickle: A Sesame Street Special” (Pickle Rick anyone?).
Dave Filoni and team did win an Emmy (three, actually) for Star Wars: The Clone Wars several years ago, Rebels was nominated several times but didn’t win, so Resistance is the third Star Wars animated show to be nominated for an Emmy.
Also, Star Wars: Resistance will see a home media release on August 20th. Will you buy the DVD for your kids (or yourself)? 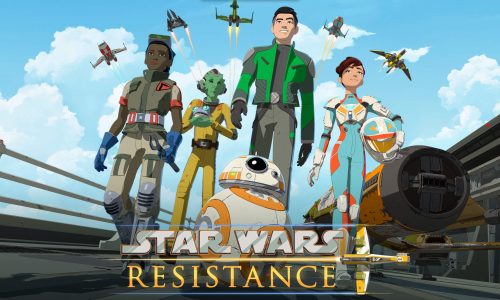