How Important Is Star Wars For Hasbro?

In light of yesterday’s Cookie Monster shaped news I think it’s time we Star Wars collectors take a step back to see where Star Wars toys are in the grand scheme of things in 2019. Click through for a short article! 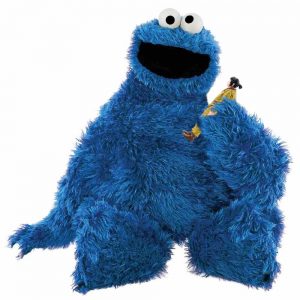 So how important is Star Wars for Hasbro?

Just take a look at these two charts: 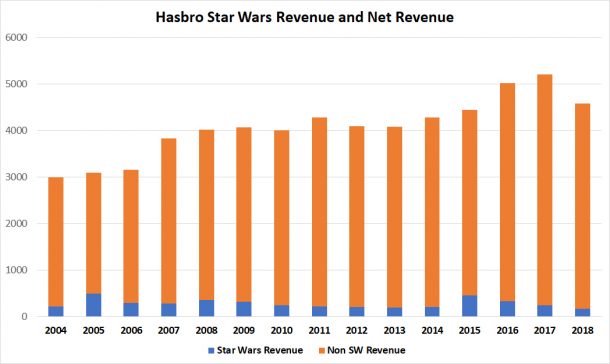 Hasbro activated and acquired several brands in the time after the prequels, one of the major brands that was revitalized is Transformers, in the early days of the movie franchise Hasbro made even more money with Transformers toys than in 2005 with Star Wars. In other words, Hasbro is not as much dependent on the performance of Star Wars toys anymore. There are also things like NERF, Marvel Legends has grown in importance as well.

And the second chart illustrates that perhaps even more so: 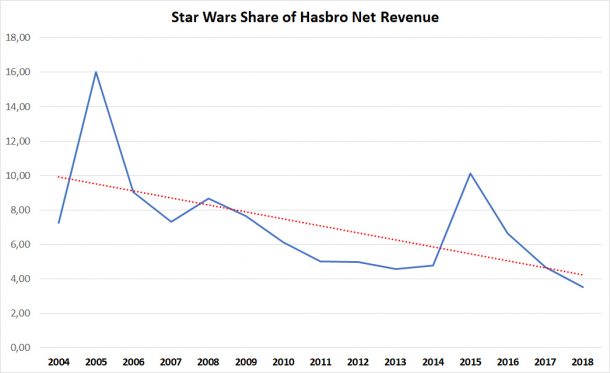 Star Wars is certainly still one of the most important toylines Hasbro have in their lineup, but it’s neither the top dog anymore nor would it hurt Hasbro all that much if, for any reason, they decide to no longer extend the licensing agreement with Disney, which expires late 2020.

Let’s all hope Star Wars will become more relevant for Hasbro once more and that the downward trend can be reversed.

Also: the dedication and passion of the Star Wars fan community is still something you can count on and the potential for Star Wars is still enormous. The current negative trend certainly has different reasons, but not a dwindling love for Star Wars in general, it’s more a symptom of the current entertainment and toy lineup.

In 2018, the Khetanna had several hundred backers after day 1. As of now the Cookie Monster Haslab project has 130 backers. It remains to be seen if it will cross the threshold of 3,000 backers.

Next Article: Jon Favreau Confirms He's Writing The Script For Season 2 Of The Mandalorian