The brand new Episode IX – The Rise of Skywalker Sith Trooper was revealed just now by The Star Wars Show on YouTube! He will also come as an SDCC exclusive with exclusive packaging and weapons! But he will also come later in the basic line! Click through for a photo of the SDCC version! 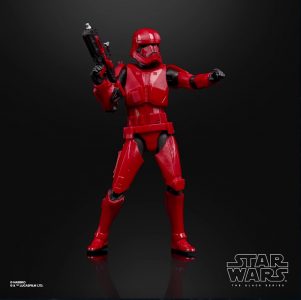 And this is the SDCC version shown in the video, price will be $32 at the con: 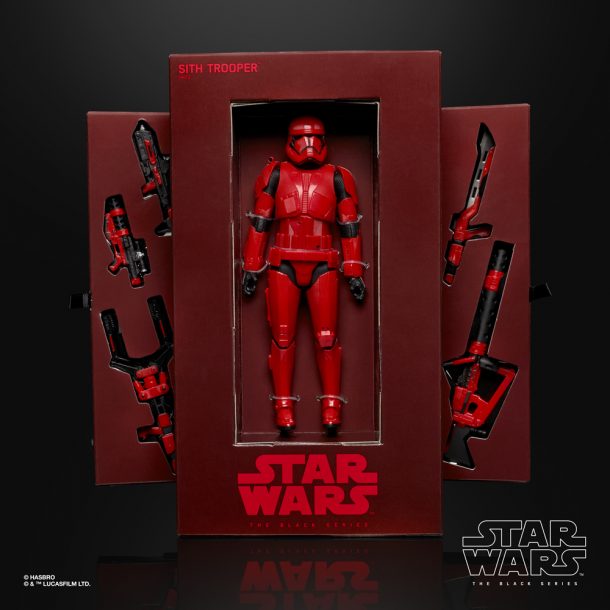 This is very similar to the FO Stormtrooper SDCC exclusive that also came in a box. It is likely that the Sith Trooper was formerly known under the code name “Bruges Red”. He will see a release in both the basic Black Series and Vintage Collection line!

Previous Article: Has Action Figure Collecting Become Too Much Work?

Next Article: Hot Toys Also Adds The Sith Trooper To Their Lineup