I only learned about this now, but on June 29th 2019 the Academy of Motion Picture Arts and Sciences held a special back to back screening of Rogue One and Star Wars A New Hope. What makes this so special is that Star Wars was, for the first time in decades, shown in its original, unaltered, pre special edition version. And according to someone from the audience it was an immaculate 70mm print of Star Wars. The only change to the original 1977 movie was the addition of “A New Hope” to the title crawl.
Apparently, the Academy needed a special permission from George Lucas himself to screen the original version of Star Wars. That begs the question if George Lucas still has some say over what happens with the movies he made. If the Academy needed Lucas’ permission and not just Disney’s that would imply “yes”. Does Lucas still own the prints of the unaltered movies? So even if Disney owns Star Wars, would even they need George Lucas’ permission, if Disney wanted to release the original, unaltered versions of the original trilogy movies on Blu-Ray? Or wanted to make some additional changes (updated CGI) to the special editions for a potential release in 4K? Also, if Lucas allowed the screening, could it mean he’s open to re-releasing the original versions in high definition? Read more about the screening on comicbook.com! 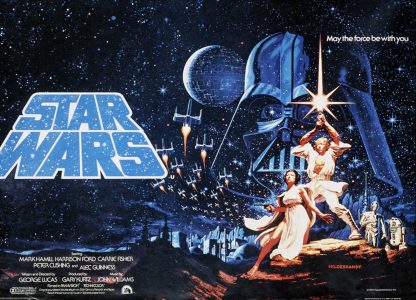