Crowds At Disneyland And Galaxy's Edge Lower Than Expected?

Website Slashfilm posted a story yesterday about suprisingly few people at Galaxy’s Edge. On top of that there are also reports about Disneyland being unusually empty and having very few guests, resulting in surprisingly low wait times for the various rides and attractions, less than 5 minutes. So what is going on here? Click through for possible explanations! 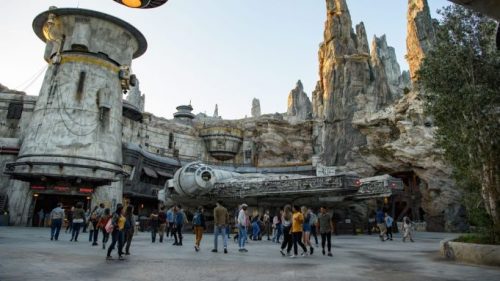 Slashfilm offers a variety of reasons for Galaxy’s Edge not being crowded as expected. The new Star Wars attraction has been open to the public (before that you needed a reservation) for about a week now, and while on day 1 of being open to all visitors it was quite crowded, things have become much calmer since then, according to the report.

And in related news, it seems Disneyland itself is very empty for this time of year. I will link to a YouTube video from a visit to Disneyland from earlier this week on a weekday, at the bottom of the article. The video shows how relatively deserted Disneyland Anaheim is at the moment.

Anyway, Slashfilm believes the main reason for Galaxy’s Edge not reaching capacity is the extensive blackout for cast members and most annual passholders. However, this blackout for cast members has already been revoked. But many annual passholders still cannot go to the park. Another explanation they offered is that maybe people wait for the main attraction of Galaxy’s Edge to open, “Rise of the Resistance”, which is still being worked on and expected to open later this year.

What I add here is that maybe people feared both Galaxy’s Edge and Disneland would be so overrun by crowds that they decided to stay home and come at a later date.

It has to be pointed out that, according to Slashfilm, much of the Galaxy’s Edge merchandise is currently sold out, among them items like the kyber crystals, droid personality chips and several lightsabers. It seems the three weeks in which only visitors with a prior reservation were allowed to enter the park saw much demand for the merchandise. So either Disney severely underestimated demand for it, or not enough merchandise was made in time. Or maybe scalpers bought up all the interesting stuff to sell it on eBay. However, visitors to the park usually only learn about sold out merchandise  once they are inside, so it will probably not keep people away from Galaxy’s Edge.

Some will now certainly say that maybe Galaxy’s Edge is relatively emtpy because diehard Star Wars fans don’t like the sequel theme and stay home, however this is pure speculation and cannot be proven either way.

Slashfilm points out that waiting times for the all new Harry Potter ride at Wizarding World are insane, up to 10 hours. Many would have probably expected similar madness now in Anaheim.

So anyone living near Anaheim, maybe now is the perfect opportunity to have a great time in Disneyland and Galaxy’s Edge, without so many people crowding the theme park!

And it remains to be seen if Galaxy’s Edge will soon have more visitors again or if Disney actually overestimated the draw of a more generic, sequel trilogy themed Star Wars land. The next few weeks will certainly tell us more.

Previous Article: They Don't Make Brick And Mortar Like They Used To