This is a surprise. JTA reader shagbert wrote in to let us know that the red and black boxed Episode I Obi-Wan Kenobi doesn’t come with the extra hand attachments. The tray doesn’t even have a place for this. Perhaps this was already announced by Hasbro, but it looks like to complete this figure, you’re going to need the 20th Anniversary version.

“You may already know this; I was a bit upset to discover it this evening when my BS Wave case arrived… The red box Obi-Wan doesn’t have the two extra hands that the 20th Anniversary version does, despite all of the sites having stock photos supplied by Hasbro of him using the pointing one. I had hoped that they were behind the cardboard, but nope; here’s the liner.” 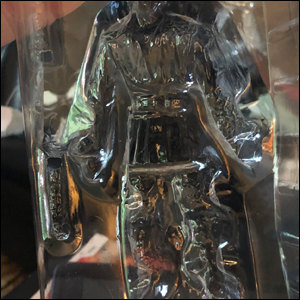