Over 70 new official photos have been added to the Star Wars Authentics site, mostly featuring guests who appeared at Star Wars Celebration.

As part of the “I Am Your Father’s Day” sale all official photos at Star Wars Authentics are 30% off! Star Wars Authentics is also offering free framing for any autographed photo purchases! Valid on autographs from across the saga including Harrison Ford, Adam Driver, Daisy Ridley, Felicity Jones, John Boyega, Hayden Christensen, Alden Ehrenreich, Paul Bettany, Ahmed Best, and many more including multi-sign pieces! Free ground domestic shipping also available. 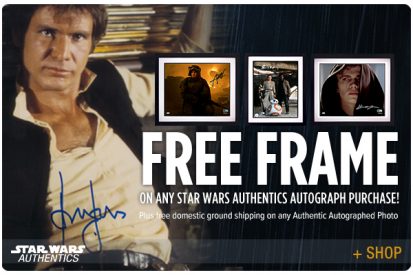 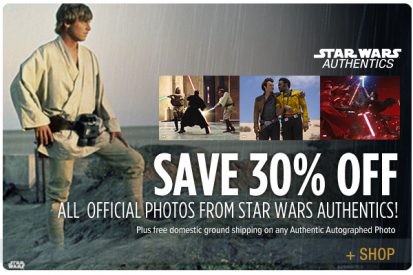