Are You Interested In Some Canceled Comic Packs Figures?

One canceled item that genuinely devastated me was from Hasbro’s 2010 Legacy Collection line. The Star Wars #2 Comic Packs set which included a “white” Luke Skywalker (Snowspeeder Pilot) and kit-bashed Han Solo (Bespin Outfit) never made it out. Not even Entertainment Earth saved them in their exclusive “save the Comic Packs” case assortment. It’s safe to assume that I don’t need the Han Solo figure, but I would be lying if I told you I still didn’t dream about that Luke Skywalker figure. But how about you? Would you like to see either figure released? 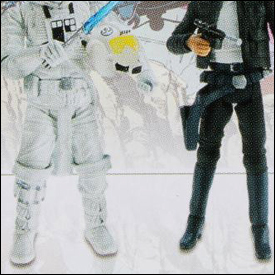