Now this comes quite unexpected. Buzzfeed reports that Laeta Kalogridis is writing a script for the first movie of a potential KOTOR trilogy! Kalogridis wrote, among other things, Alita Battle Angel, Shutter Island, the TV shows Altered Carbon and Birds of Prey and also Terminator Genysis. So she has a lot of experience writing science fiction, and except for Terminator Geneysis most of the movies and shows she wrote are quite well liked.
But what is of interest here is that this KOTOR trilogy, according to Buzzfeed, is NOT the Benioff & Weiss project, which would be odd anyway, since they would certainly write their own scripts. It may as well be that Lucasfilm is just looking at options here. Writing a script doesn’t necessarily mean that if will be turned into a movie. But it’s certainly exciting that Lucasfilm is actively developing something for KOTOR, something Kathleen Kennedy only hinted at while being interviewed at SWCC. This also means, that whatever Benioff & Weiss will do won’t be a KOTOR project, but something else.
Incidentally, Laeta Kalogridis would only be the second woman after Leigh Brackett to write a Star Wars movie (Brackett co-wrote The Empire Strikes Back with Lawrence Kasdan, she passed away in 1978, however). So what do you think? Would you love to get a KOTOR trilogy? The question is, when it would be released. 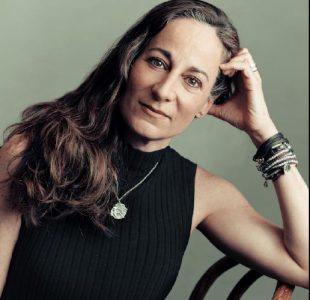