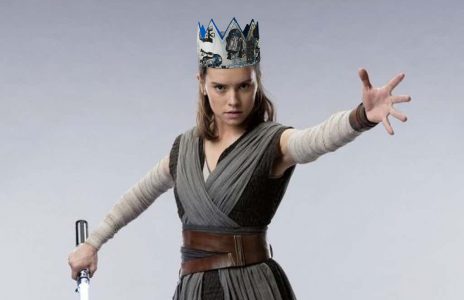 Avengers Endgame made $357 million on its opening weekend, which was $109 million more than The Force Awakens made back in 2015.

The following graphic illustrates how very much frontloaded Endgame is when compared with The Force Awakens: 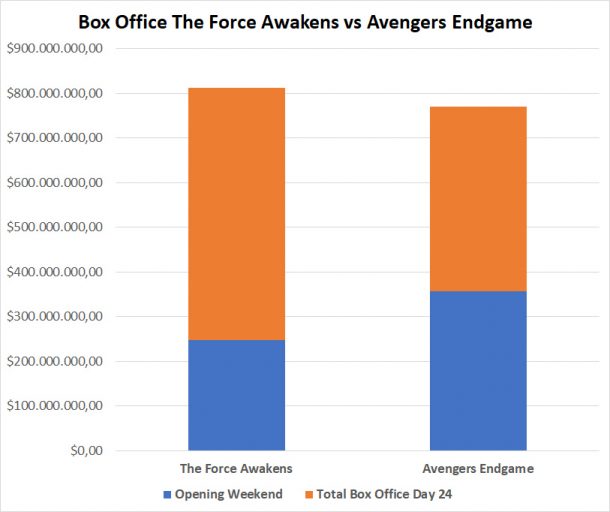 You can see how Endgame is losing momentum after the opening weekend, like any other typical blockbuster in the modern era of cinema.

So even though the MCU is said to be the most popular movie franchise of our time, Star Wars still has great potential. And while the following movies failed to make as much money, with Solo even a flop, no one should underestimate the box office draw of Star Wars.

However, one thing should concern Disney: while Star Wars makes good money it simply fails to be as successful outside North America as other movie franchises. Avengers Endgame is at $2.6 billion worldwide, which easily beats the $2.07 billion made by The Force Awakens.

The following graphic will further illustrate this: 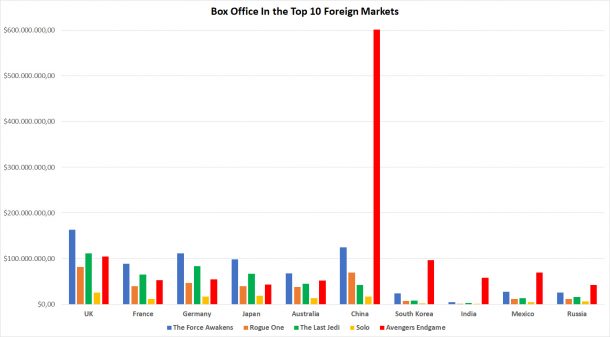 These are the top 10 foreign box office markets, according to the MPAA. And even without clicking the graphic, so you can actually read it, you easily see the extreme outlier that is Endgame (the red bar) in China.

Let’s focus on the traditional Star Wars core markets, so we can better see what’s going on there: 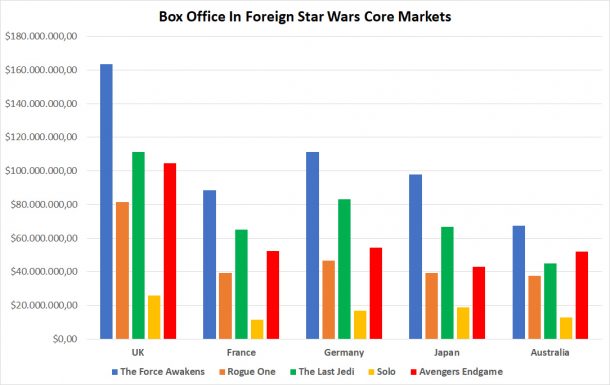 While things are ok in the legacy markets we also see a pattern that should concern Disney. Star Wars is doing really well in the traditional core markets (let’s disregard Solo for this, this movie had problems of its own that have little to do with the popularity of Star Wars in general), but Star Wars absolutely fails to make an impression in emerging markets and much of Asia, Japan is the exception here.

So where Endgame, the MCU and many other modern franchises win is in China, South Korea and other emerging markets. Star Wars seems to be a lost cause in China and South Korea. The question is if Disney should focus on what they have – the core markets – or if they should keep on trying to popularize Star Wars in China and other emerging markets. Disney already tried it with Chinese actors and Diego Luna in Rogue One, but the movie failed to make an impression in Mexico and China.

For The Rise of Skywalker this means that it will most likely do really well in the US and then UK, France, Germany, Japan and Australia and probably not so much everywhere else. In the long run Disney might want Star Wars to appeal to more people overseas. The only question is what can be done about it. I think a fresh start without any baggage or any prior knowledge that is required to enjoy the movies is needed to achieve that. Disney needs to reintroduce a whole new generation of people in the non legacy markets to Star Wars from scratch, if they want success in these countries.

Until then The Force Awakens is wearing the crown for domestic box office king (unadjusted!), but worldwide box office will be dominated by other franchises unless Disney finds a way to make Star Wars popular in Asia and elsewhere, without alienating audiences in the core markets.

What do you think? Should Disney keep trying to win China over? Are you surprised that Endgame is beaten by The Last Jedi in some of the key markets outside North America?