A still image (or production photo) of Rose and Rey in Star Wars Episode IX – The Rise of Skywalker was revealed earlier today. So without any further delay, here’s the photo: 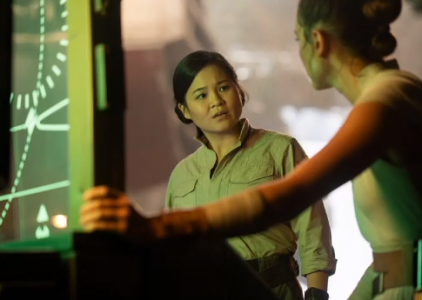 And while I think that Rose looks a lot better than in her TLJ outfit, very official and all business, I can still only hope we will not get an action figure of her in that outfit, since it follows the more or less boring design language of Resistance costumes. The shirt appears to have the exact same design as Poe’s. So that means she probably also wears pants with a similar design and color: brown. I really, really hope Star Wars will eventually move beyond the current tan, beige, brown, grey, white and black color scheme. My toy shelf needs some more color!