SH Figuarts Yoda Up For Pre-Order!

SH Figuarts will release Yoda, based on his look in Revenge of the Sith, in late August 2019. Pre-orders are up already on some of the Japanese websites, others will follow shortly. Yoda is a web exclusive figure, which means he’s somewhat more expensive than a regular release and that aftermarket prices for him will be very high. Other SHF web exclusive Star Wars figures go for more than $200. So anyone who wants a prequel Yoda should absolutely pre-order. You have to pay in advance, however. There is a pre-order period of 3 months. Once pre-orders close you are out of luck and you have to resort to the aftermarket.
Yoda will come with three headsculpts, three cloak pieces, his Jedi council chair, his cane and his lightsaber. Click through for more pictures! 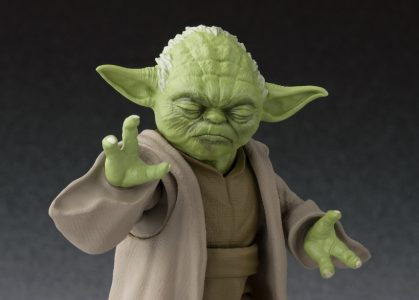 Here are a few more photos of Yoda: 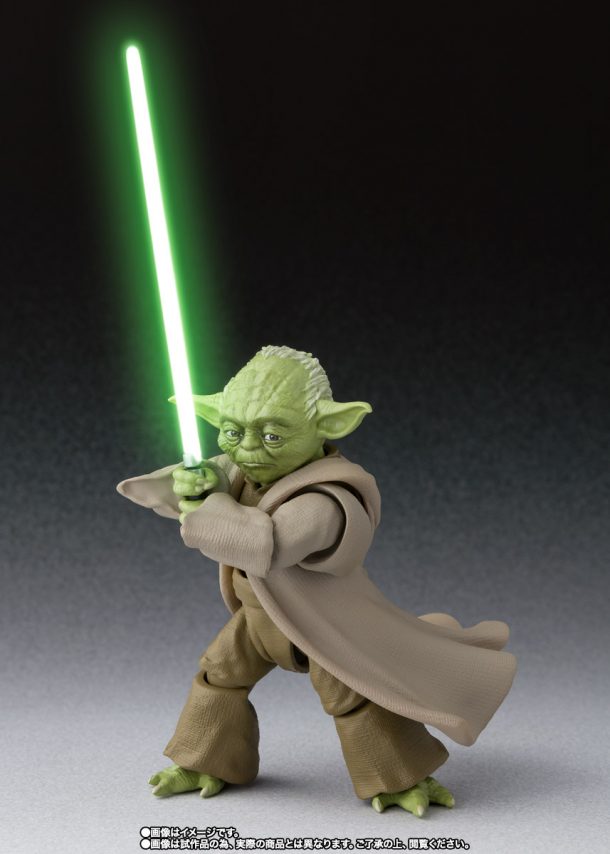 Yoda with his lightsaber and his alternative, more dynamic cloak 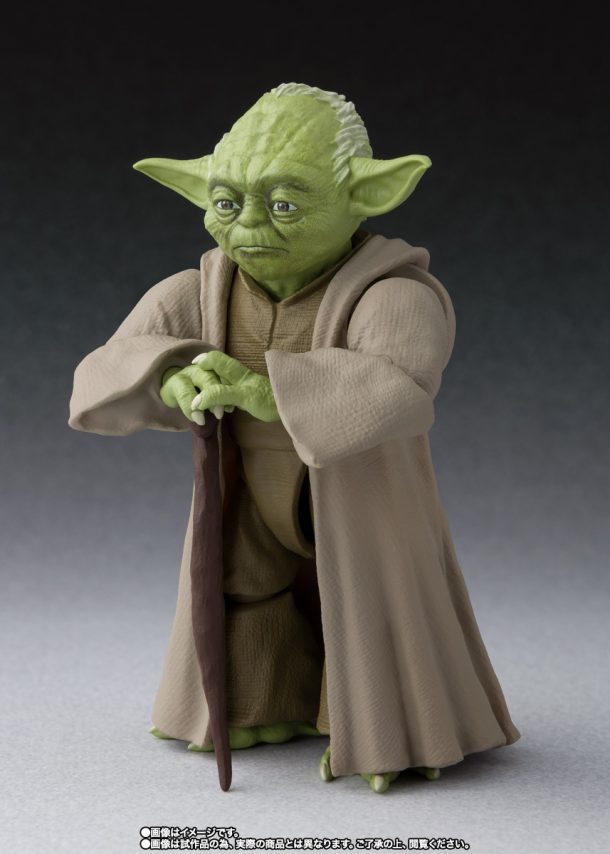 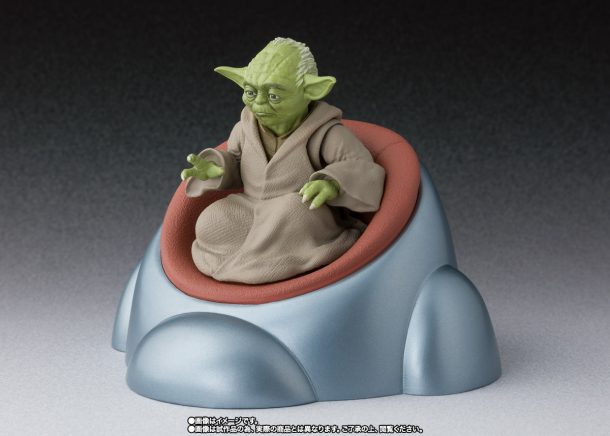 Yoda can also sit on his Jedi council chair

For Yoda to sit in his chair you get yet another extra cloak. You have to attach the torso, arms and head to this cloak, since this sitting version of Yoda doesn’t have any articulated legs. The articulated legs are used with the other two cloaks. 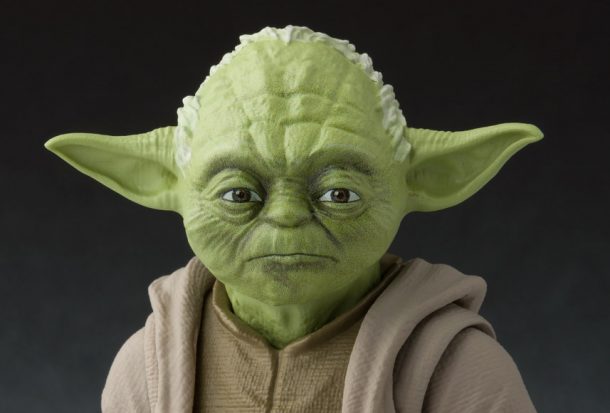 One of Yoda’s three headsculpts

In my opinion the headsculpt is superb and paint apps are excellent. The other two headsculpts feature him with his eyes closed in concentration and another head with a very similar facial expression, but with his eyes looking to the left, best used for dueling poses, as shown in the photo with his lightsaber.

SH Figuarts doesn’t give a height for Yoda, but he’s most likely more in scale than the much too tall Black Series version. Yoda is actually a very short character who reaches up to the knees of human characters. Black Series Yoda reaches up to the hips and is much too tall. But to compensate for the small size you get quite a few extras, three heads, various hands, three cloak pieces, lightsaber and walking cane and the rather large Jedi council chair which is a very welcome accessory.

Now all we need is an SHF Emperor… but this Yoda can also be used to fight with Dooku. Dooku will be released in April. And after that it’ll be a long wait until August.

I can only recommend you pre-order soon, if you are interested in this version of Yoda, web-exclusive figures become extremely expensive later on ebay and Amazon. SHF also showed a Yoda based on his appearance in Empire Strikes Back last year, with prequel Yoda coming later this year it’s quite likely SHF will eventually release the ESB version as well.