What Will The Next HasLab Item Be? 6" Is Likely The Focus This Time!

Many collectors wondered why there was no HasLab announcement at Toy Fair this year. But if you think about it a little, you’ll see it wasn’t that surprising at all. It’s evident now they didn’t want to take steam away from Jabba’s Sail Barge as they’re still promoting it as evidenced by the recent article at StarWars.com. (more….) 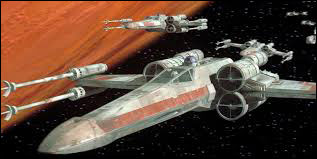 An announcement is pending on what it will be, and hopefully, we’ll know more soon!

So, do you have any thoughts on what the next HasLab project will be? We’re confident it will be a 6” release. We’ll be shocked if it wasn’t. Don’t you think? For years now, The Black Series 6” collectors have desperately wanted a 6” X-wing to be front and center of their collections. But despite Hasbro’s assertion the First Order Special Forces TIE Fighter sold well, performance at retail proved otherwise. Instead of taking a risk on a huge 6” vehicle like an X-wing fighter and potentially have collectors play the “wait for clearance” game, wouldn’t it be interesting if Hasbro decides to beat them at their game and designate it as the next HasLab project? It would behoove them also to ensure it’s Original Trilogy based, not Sequel Trilogy based. Anyway, weigh in on the speculation, and let us know what you want to see revealed as the next HasLab project, but it’s likely going to be 6” focused!