Taika Waititi Speaks About The Mandalorian

Director Taika Waititi (Thor 3, What We Do In The Shadows) talked about working on The Mandalorian during a panel for the upcoming tv show What We Do In The Shadows, based on his movie from a few years ago. Not that much was revealed but he gave some insight into how it’s like to work for Star Wars. He also hinted at a potentially big scene in the upcoming series. Click through for more details! 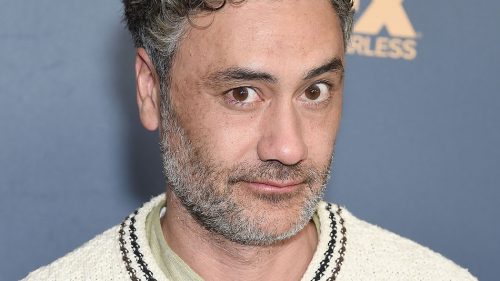 Taika, who is known for his somewhat more comedic approach, was asked what it’s like to work on Star Wars, and he had this to say:

Star Wars is very different to Marvel style. They know that the tone of the first films really should be kind of adhered to. That’s what the fans like and you can’t really disrespect it. I guess is a nicer way of saying can’t put too many jokes in. There’s a bit, definitely my tone is in there, the dialogue and stuff like that.

So it seems The Mandalorian will aim to recreate not only the look and feel, but also the tone of the original trilogy.

And then Waitita briefly talked about how it is to work under Jon Favreau:

Favreau’s a genius and so smart and so good at what he does and creating these worlds. The scripts are really great. It was really fun doing something in the Star Wars universe. It was every kid’s dream just to see a stormtrooper. When you’re doing these scenes with like 50 or 60 of them, it’s pretty amazing. I loved it.

Looks like there might be a scene in the series that involves a lot of Stormtroopers, which could mean the remnant of the Empire is still not done yet and might still be a considerable threat a few short years after the death of Palpatine. Using 50 or 60 stormtroopers on set sounds like a massive scene. Especially for a “tv” show.

We still have to wait a while longer until The Mandalorian airs on Disney+ late in the fall. But so far, everything we hear and learn looks to be very good.

Next Article: HURRY! TVC Mimban Stormtrooper is BACK IN STOCK!