Good news everyone! Despite the absence of Toys R Us and what some analysts feared would lead to a double digit decline in toy sales in the USA, the toy market in the USA merely saw a decline of 2% in 2018. According to the NPD Group the toy market in the USA was 21.6 billion USD in 2018, in 2017 sales were somewhat higher with 22 billion USD. But it’s getting even better! Action figure sales were up 10% in 2018! What, you have a frowny face? Why is that? You want to know about Star Wars? Well, click through to learn some more! 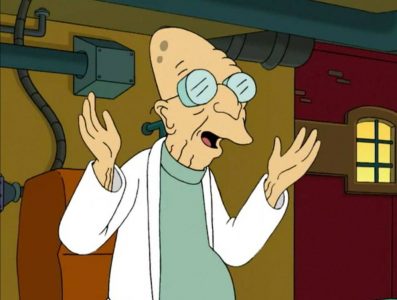 That moment you suspect the ‘good news’ is actually bad news

Earlier this week the NPD group released their numbers for the toy market in the USA.

As mentioned above analysts are quite happy with the numbers. Even though the market declined by 2% much worse was feared in year one after Toys R Us.

The NPD Group lists 11 super categories and here 4 out of the 11 categories grew. The big winners in 2018 are:

But we are interested in action figures, so let’s talk about them. Action figures proved to be very popular in 2018, a 10% increase in sales is impressive. That should be reason to be happy?

Well, if you are a fan of Marvel, Jurassic World and Beyblade, then yes, you can be very happy, since these three action figure lines were mostly responsible for the growth in the action figures category.

What about Star Wars? Star Wars was not mentioned in the report. However, we do have numbers and various statements by Hasbro and Disney and using that we can with some certainty say that 2018 must have been a horrible year for Star Wars action figures. While we’re still waiting for Hasbro’s fourth quarter 2018 numbers we do know that in the first three quarters their partner brands saw declining sales. In the third quarter partner brand sales were down by 37% even. Now, partner brands also includes dolls (Frozen, Disney Princesses) and a few other things, but Star Wars is certainly the biggest player here. Hasbro also said in their statements that Marvel and Beyblade is growing and now we can see that these two lines, together with Mattel’s Jurassic World line, must have grown quite a bit in 2018. That however, leads to one conclusion: the numbers for Star Wars action figures must be horrible when despite healthy growth for Marvel and Beyblade and overall industry growth for action figures the partner brands are still down -37% in the third quarter (and numbers for the fourth quarter will probably be not much prettier).

If the overall action figure category sees 10% growth but Star Wars is still declining, then something is very wrong. Without Force Friday in September or any new movie in December there was certainly not any push for Star Wars toys during the holiday season and that means numbers for the fourth quarter will probably be even worse.

Actually, if we compare the full year numbers with the numbers from the first six months of 2018 we can see that the action figure category growth slowed down somewhat. For the first six months it was +14%, by the end of the year that growth had come down to +10%. So holiday sales were somewhat weaker.

But when you look at the release schedule of the movies in 2018 it’s easy to see why the growth slowed down somewhat in the latter half of the year. Black Panther, Avengers 3, Jurassic World and Solo were all released in the first half of the year. The second half didn’t see any big releases with relevant action figure lines really.

Also, to illustrate something, here’s NPD’s list of the top 10 traditional best selling toys in the US in 2018:

As you may notice MGA Entertainment is the big winner here. L.O.L. Surprise is behind much of the growth in the dolls and youth electronics categories. You may also notice how not one single Hasbro product made the top 10. Which may be cause for concern for them.

The overall best selling toy properties in the USA based on dollar sales are L.O.L. Surprise!, Barbie, Nerf, Marvel Universe and Hot Wheels, so at least the much loved Nerf blasters are still doing fine, even though Hasbro reported declining sales for Nerf for the third quarter 2018.

On a related note ScrapeHero released some interesting toy sales statistics for the 2018 holiday season. But for their numbers they only monitored the leading e-commerce sites, Amazon, Walmart and ebay and not the big box retailers.

And the best selling toys online are Funko (by a wide margin) and then Marvel in a solid 2nd place. Star Wars is not listed.

ScrapeHero also lists the top 20 brands based on customer feeling, best reviewed toys or most disappointed customers, and Star Wars is not on any of these lists.

However, Star Wars is listed in one category after all: Top 10 brands that faced shipping or manufacturing issues – Star Wars is in 10th place here with 0.59% of reviews that mentioned damaged or broken product. It seems bent or warped vintage cards, loose blisters and crushed Black Series boxes are an occurrence, but apparently it’s not that widespread.

Anyway, all in all this is really depressing news for Star Wars. In a year that saw very good growth for the action figures category Star Wars action figure sales, in all likelihood, based on what Hasbro and Disney said and what we know about shrinking shelf space for Hasbro action figures at retail, declined. Well, The Last Jedi didn’t convince the masses to buy action figures that look more or less like their Force Awakens versions and Solo came and went and made a “thud” sound when it hit the brick wall and it most certainly did not convince the masses to buy the toys to a movie they had no interest in seeing in the first place.

The good news is, that things can only get better. Hopefully. But both Disney and Hasbro have some work cut out for them. Episode IX must not only put new life in the Star Wars franchise and has to rebound from Solo’s failure, Episode IX must also put new life in the toyline. As of now all we can say is, with a good degree of certainty, that Star Wars was the big loser in the toy aisle in 2018. Between figures that were not available and figures no one wanted sales must have been abysmal.