Each week in the lead up to Episode IX, Topps will release three exclusive cards highlighting the greatest moments of the saga starting today – on the one-year countdown mark of the culmination of the Skywalker Saga. The Topps Star Wars Galactic Moments trading cards will be available exclusively on Topps.com. Click through for more details and a look at the first 3 cards.

With Star Wars: Episode IX officially one year away, Topps is celebrating the Skywalker Saga.

For more than 40 years, fans have celebrated and cherished all the stories and characters from a galaxy far, far away. Topps has been there from the beginning, creating cards for the first Star Wars movie release, A New Hope, all the way through today.

The first three cards in the new commemorative Topps set features three scenes from Star Wars: Episode IV A New Hope with the iconic Darth Vader, R2-D2’s run-in with the Jawas, and Luke Skywalker getting his father’s lightsaber.

The new set gives fans a chance to relive all of their favorite moments while holding on to what they have loved about Star Wars since they were children.

Topps has brought Star Wars fans closer to their favorite movies and actors with innovative trading cards for more than 40 years. Topps Star Wars Galactic Moments is the first Topps global release, and will be available on the U.S., U.K., and German Topps websites.

Collect the new commemorative set – with new cards releasing weekly – only at Topps.com. 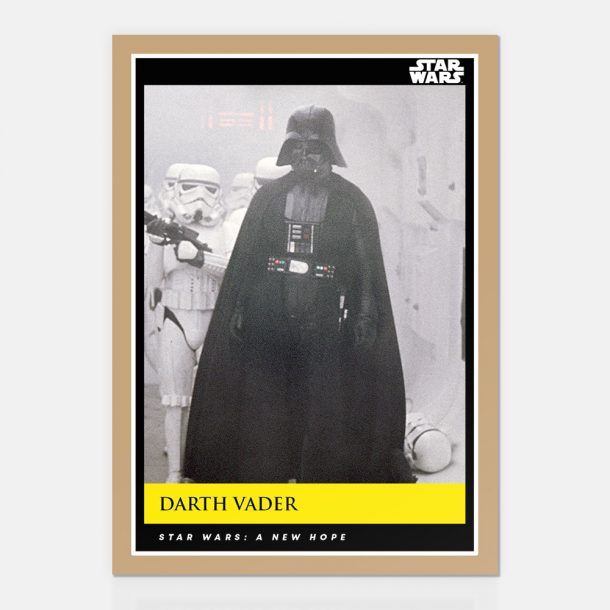 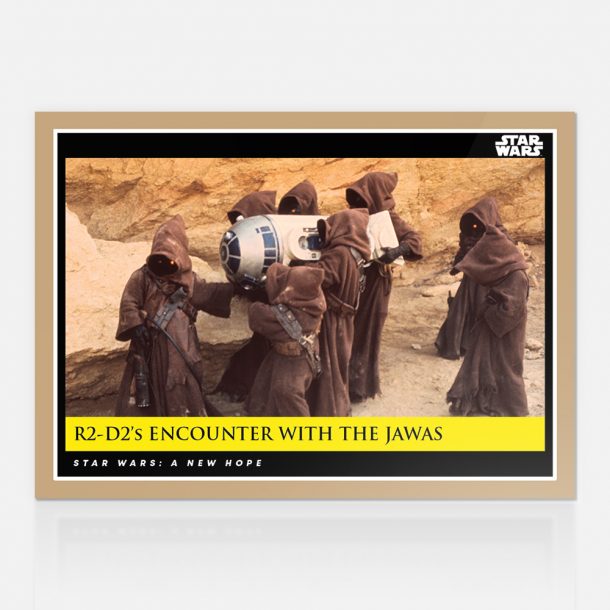 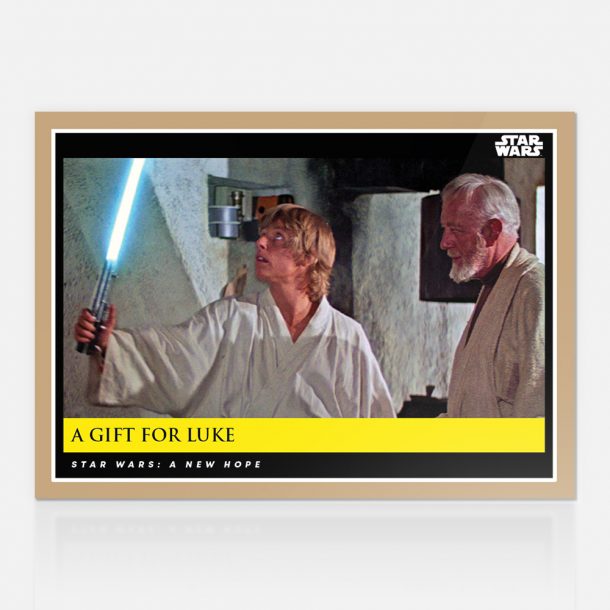