Sphero Will Not Renew Its Disney License

As tech magazine The Verge reports Sphero will not renew it’s Disney license when it expires in 2019. This means Sphero BB-8, R2-D2 and other licensed toys/gadgets will cease production. Sphero will sell off remaining stock and app support is guaranteed for the next two years.
According to Sphero demand for the toys simply dried up. It was very high when BB-8 and his comrades were released, but, at least according to Sphero, every fan who wants a BB-8 already has one. In other words, no one bought the toys anymore.
What I would like to add: while Sphero is certainly telling the truth, they may not reveal the full reason for not renewing the Disney license: the fees. Now, we don’t know how much Sphero had to pay for its three year license deal, but it’s very likely that the fees were quite high that renewing the license and waiting for Episode IX may have been simply unprofitable for them. So no more Star Wars droids or Lightning McQueens from Sphero. 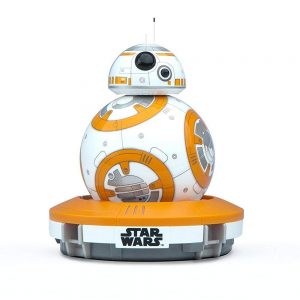