The-Numbers.com has released their Blu-Ray sales estimates for Solo: A Star Wars Story. And the movie is the best selling Blu-Ray, or at least it was when the movie was released on home media several weeks ago. It always takes time for these estimates to be released.
And according to the estimates by The Numbers Solo sold 789,549 Blu-Rays in the US. That was more than enough to cling the top position in the sales charts. To put things in perspective: Solo sold about 42% of the Blu-Rays The Last Jedi sold in its first week. However, Solo only made about 34% of The Last Jedi’s box office in North America. So relatively speaking Solo does a little better on the home media market than its box office results would indicate, especially considering that physical disc sales are shrinking. Maybe the mostly positive word of mouth did convince a few more people to give the movie a chance at home. But overall, even considering a shrinking Blu-Ray market, sales are down and general interest in the movie can’t keep up with The Last Jedi or any of the previous movies. 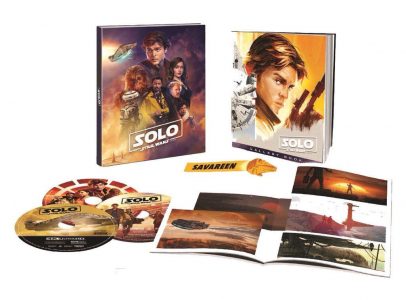