One of our longer-running rumors has been confirmed just moments ago. Hasbro unveiled the Black Series 6” Padmé Amidala at the Paris Comic Con. Padmé features her Episode II – Attack Of The Clones outfit prior to the arena fight, so she has a clean outfit without bare midriff and a plastic cape! Tentative release date for the figure is spring 2019. Special thanks to JTA reader Matthew C. for the alert!
Update: Official Hasbro promo photo added!
Update 2:  photos of the figure on display added, the figure on display looks different from the one in the promo photo! Click through for a better look at the figure. 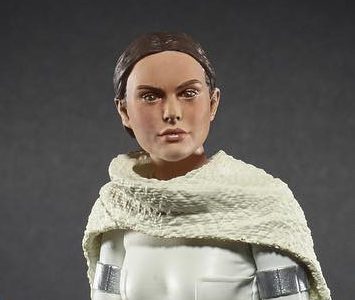 Here are two photos of the figure on display! Source is the Star Wars Black Series Instagram page! As you can see the paint apps for the figure on display differ from the prototype figure in the promo photo. Eyebrows are finer and Padme looks less angry. Also, lips are redder and have more gloss and the excessive bags under her eyes are gone. 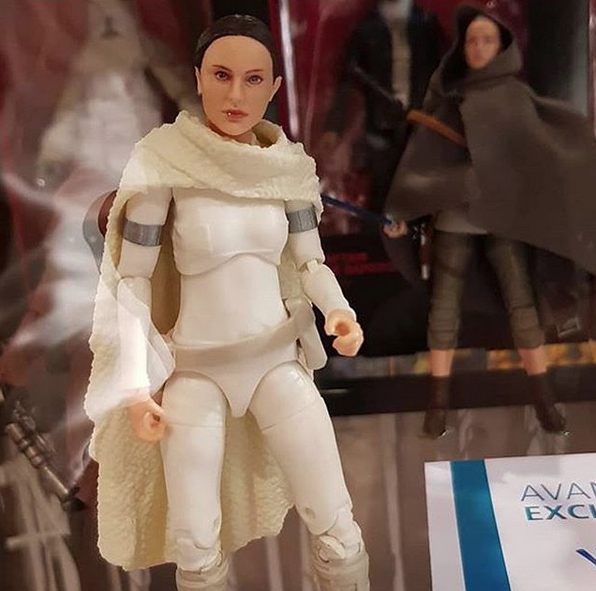 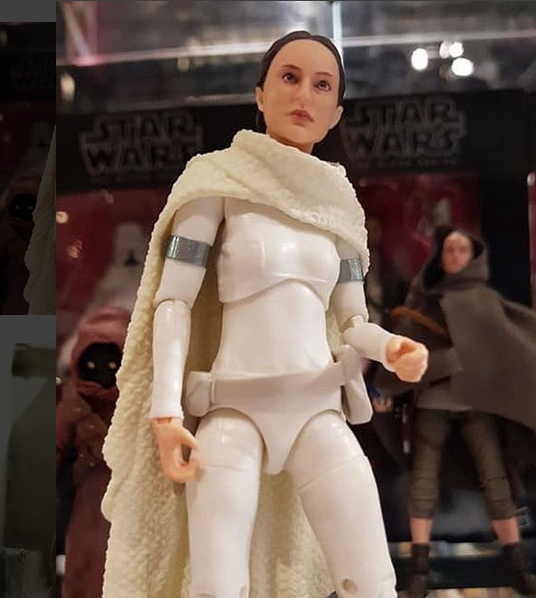