2018 NYCC: A Postmortem Overview And Discussion

Here are some of my feelings regarding NYCC this year which includes some opinion on The Vintage Collection, The Black Series [Phase III] 6″ line, rumors confirmed and distribution’s salvation thanks to one specific retailer. Click through for more!

Hasbro Assures Us They’re Moving Away From TVC Repacks, But Then Offer Us More TVC Repacks

Granted, The Vintage Collection’s return is sort of like a large rock that dropped from outer space. It has the potential to leave a significant impact based on how it enters our collecting universe again, but it is at risk for feeling out of place, looking a whole lot like the already existing rocks on Earth, but yet arriving at a time when 3.75” fans have other things on their minds instead. It’s not that The Vintage Collection’s return isn’t exciting. It is from a certain small point of view. But the repackaged figures have to stop (at least for a while). I may be in the tiny minority that is happy to see the re-released (and updated) 41st Elite Corps Clone Trooper figure. It’s always been my favorite clone from Revenge Of The Sith, and I am happy to see them finally get the paint operations correct. This attempt will be their third.). However, it pains me to think that they’re not going to fix the oversized bucket (or at least it seems that way). I know a non-removable helmet retool is not an option for this exclusive, but I hope that Adam Pawlus will do something to communicate the need for a reduced-size bucket on his company’s retail exclusive. I also hope that Derryl DePriest can demonstrate to the current Star Wars team the necessity to also reduce the size of his helmet. During a recent Toy Fair event, I brought my TVC Shock Trooper and Saga Legends Shock Trooper (the one that uses the III 41 body) with me to show him how badly out of scale the current helmet they use is. He agreed implicitly with me and took notes down for a future fix. Well, the time is here. And I hope they follow through with their promises. They KNOW about this issue, so it’s time to step up and fix it. Show a little good will to your collectors, please, Hasbro. Aside from that, The Vintage Collection offering was slim, but I have confirmed rumors that August 2019 and beyond things are changing for the brand. Stay tuned!

Also, I can’t help but notice that Hasbro is slowly but surely announcing characters in TVC that was part of our Crystal Ball Rumor Report years ago. A new Han Stormtrooper, a new Luke Stormtrooper, and Yak Face were all part of that rumor report. It will be interesting to see if any other announcements come from that original Rumor Report in the future.

You have to be a self-centered jerk not to appreciate how Entertainment Earth has stepped up to the plate to rescue so many of the doomed Toys R Us (and other) exclusives. When JTA broke the news that the TVC Rey (Island Journey) figure was getting rescued by Entertainment Earth, I almost didn’t believe it. How could Walmart screw up their very first The Vintage Collection exclusive? (Dumb question.) Anyhow, it proved to be true, and now collectors can finally secure this elusive exclusive. But beyond that, love them or hate them, Entertainment Earth also rescued most of the 5POA exclusives from Toys R Us and Walmart too. I know some collectors have a bone to pick with Entertainment Earth and some of their shipping and postage policies, but I believe if they tweak certain things they could be a genuinely fantastic retailer exclusive partner with Hasbro. I hope they get most exclusives going forward. TARGET does a pretty great job, but most everyone else struggles to meet the collecting community needs. There are exceptions, and it feels like most exclusives eventually make it out. But we aren’t a patient people and frustration is never a great place for us to be, emotionally speaking. I am elated to see so many former Toys R Us and Walmart exclusives picked up by Entertainment Earth. If these toys are not for you, that’s great. But at least they’ll have availability beyond Canada.

Even if you don’t collect them, most have to conceded that Hasbro is doing a fantastic job with the 6” line. Yes, the articulation systems of the figures are cookie-cutter, but the dynamic sculpts, and the new “photorealistic” technology have stepped up the line to a place that is destined to impact its competition. Thank goodness 3.75” super-articulated collectors have this to look forward to in 2019 and beyond. I hope and pray that they get it right, but from what we’re hearing, Hasbro is pleased with the results already. With a great line up getting leaked out in piecemeal, The Black Series 6” figures are proving that Hasbro has the skill sets to balance selection, style and the entire Star Wars timeline into a healthy and fertile toy line. I hope they can implement these same skill sets into The Vintage Collection next. But in all fairness, Hasbro is trying to play catchup with a line that they should have never canceled, and this is what happens when you try to resurrect something from years ago. Thankfully, 6” collectors have this advantage.

NYCC didn’t wow me in any particular way; I admit that I am thrilled to see Prequel trilogy characters added to The Vintage Collection. I don’t think they chose the right character to re-release, but that’s my opinion. I will reiterate here that is Hasbro finally produces the Clone Commander and the Clone Captain utilizing the TVC Clone Trooper (VC45) sculpt that collectors will rush them with big, wet and sloppy kisses because the inclusion of the two long-awaited characters will rock our collective worlds. Hasbro, PLEASE produce them. Thanks to our friends at Jedi Business and Bantha Skull for providing so much great coverage and leaking all of the latest scoops and reveals we saw in your coverage. We had conflicts this year, so hopefully, we can attend the next one with you.

Don’t forget to pre-order all of the great new stuff listed below at JTA sponsor Entertainment Earth! 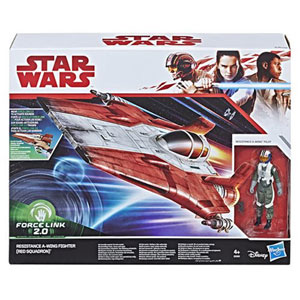 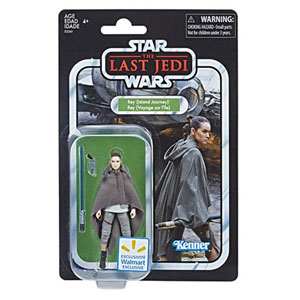 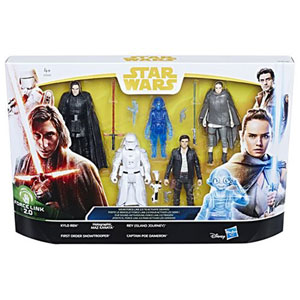 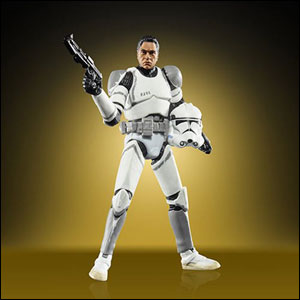