The Last Jedi Debate Fueled By Russians, Bots And The Alt-Right?

The Hollywood Reporter recently posted an article about a study that examined tweets directed at Rian Johnson, following the release of The Last Jedi. And the study finds that more than half of all the negative tweets are not by real fans but are either politically motivated by the alt-right or come from Russia in order to sow dissent. I did read the actual paper and if you click through I will provide some additional info. 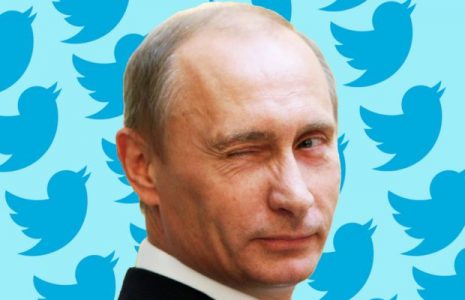 The bane of Star Wars?

The study titled “Weaponizing the haters: The Last Jedi and the strategic politicization of pop culture through social media manipulation.” is by Morten Bay who was a Ph.D. student when he wrote the paper, but is now a Research Fellow at the University of Southern California.

Bay studied tweets directed at Rian Johnson, he used Twitter’s advanced search functionality to find the tweets. All in all he gathered about 1,000 tweets which he then analyzed.

He found that 21.9% of the tweets he analyzed were negative. Of these tweets 50.9% were made by either bots, trolls, people with a political agenda (the alt-right), sock puppets and even some Russian trolls (but not that many). The author used certain critera and circumstancial evidence to categorize the Twitter accounts, for that he also looked at each account manually to determine its nature.
According to the paper 16 of the 206 negative accounts could be Russian trolls – 7.7%.
61 of the negative accounts have a political agenda, that is almost 30%.

The author, however, also says that his findings can’t be applied to the Star Wars fandom in general. But he also claims that a lot of negativity surrounding The Last Jedi is rooted in the fact that alt-right activists are using it to promote their political agenda, with some help of Russian trolls who want to sow more dissent and seek to polarize American society even further.

Here’s what I think: I don’t question or doubt the results of the paper. Twitter IS well known for having sock puppets, trolls and Russians who pretend to be Americans. The question, which the paper does not answer at all, is if the tweets directed at Rian Johnson have a considerably different make-up than tweets about any other movie or pop culture item. What about Ghostbusters 2016? Or Black Panther?

A really comprehensive study would have looked not just at one person on Twitter, Rian Johnson, but at several people / movies to see who is behind the tweets, so we can put the results for the Rian Johnson tweets (i.e. tweets about him, directed at him, not by him) in perspective.

Also, some theses the paper makes are somewhat problematic, in my opinion. The author cites the theory that the criticism surrounding The Last Jedi is less about the movie itself and more about the political climate and ongoing polarization of society in the USA with alt-right acivists using the movie to propagate their agendas. I don’t frequent Twitter at all but whether on YouTube or Reddit, I barely see a comment by someone who’s propagating alt-right propaganda. Which is anecdotal and would need to be examined further to truly gauge the extent of such comments on other platforms. Some work needs to be done here.

I also find the description of The Last Jedi made by the author somewhat problematic. He writes: “…which took a no-holds-barred approach to address issues of gender discrimination, class warfare, the destructive character of masculine aggression and war profiteering, while still working within the left-of-center frame constructed by George Lucas in 1977.”

Maybe I didn’t see The Last Jedi enough times (I saw it five times) but where is “class warfare” and “gender discrimination” a topic in The Last Jedi? And does the author assume that Poe’s destruction of the Dreadnought in the beginning of the movie is an example for  the “destructive character of masculine aggression”? When in fact without the destruction of said Dreadnought the whole fleet would have been obliterated after their hyperspace jump?
All these claims go unrefuted in the paper and the author never discusses this at all.

He then goes on and talks about previous studies about fandoms which found that fandoms are “heteronormative” and have “racial biases”. This is given as fact and not discussed at all. But this is how things usually work in academic papers, you would need to read the cited papers to get an idea of what these studies really talk about.

In my opinion the paper has a very limited scope. Twitter is a very peculiar social media environment, not at all indicative, in my opinion, of the Star Wars fandom we have. Also, the fact that many fans are critical of The Last Jedi because of the script and characerization was not mentioned at all (the author merely briefly mentions that less than 50% of the fans who tweeted were critical for other reasons).

And finally, the author fails to see that the same people who are critical of The Last Jedi and Kathleen Kennedy or Rian Johnson also want Dave Filoni to be the next president of Lucasfilm. Filoni, who is famous for introducing a beloved female character into Star Wars, Ahsoka, Filoni, who always had a diverse cast in his animated shows and strong female characters overall.

But it’s a better narrative to speak about a fandom that is driven by “heteronormativity”  and misogynistic tendencies. And Russian trolls, bots and the alt-right sure make for some great headlines. This one included!

What do you think? Have you found evidence of alt-right propagandists and/or trolls and Russians in the comments you read on Twitter, YouTube, JTA or elsewhere?