SH.Figuarts Episode III Anakin Skywalker is being released just now and the figure will be shipped soon. And just in time for Anakin’s release SHF have announced Episode III Obi-Wan. Pre-orders will open on October 1st, so be sure to check the usual Japanese etailers on Monday. Click through for some more infos and a few initial thoughts on the figure! 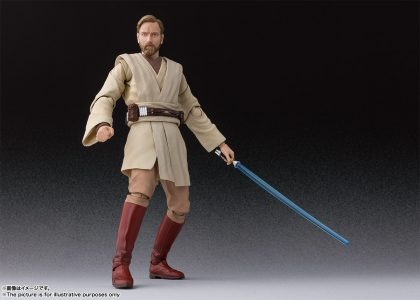 Here are some more promo photos of Obi-Wan: 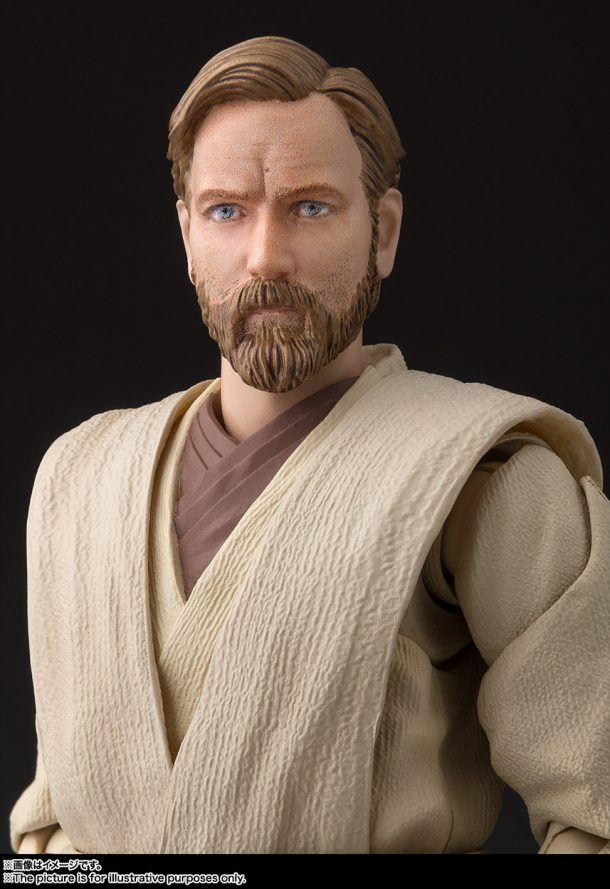 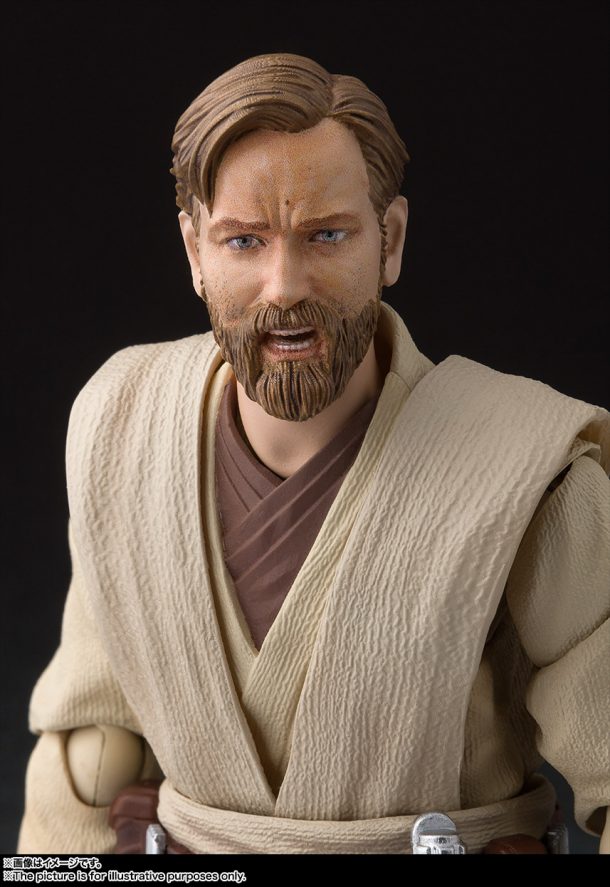 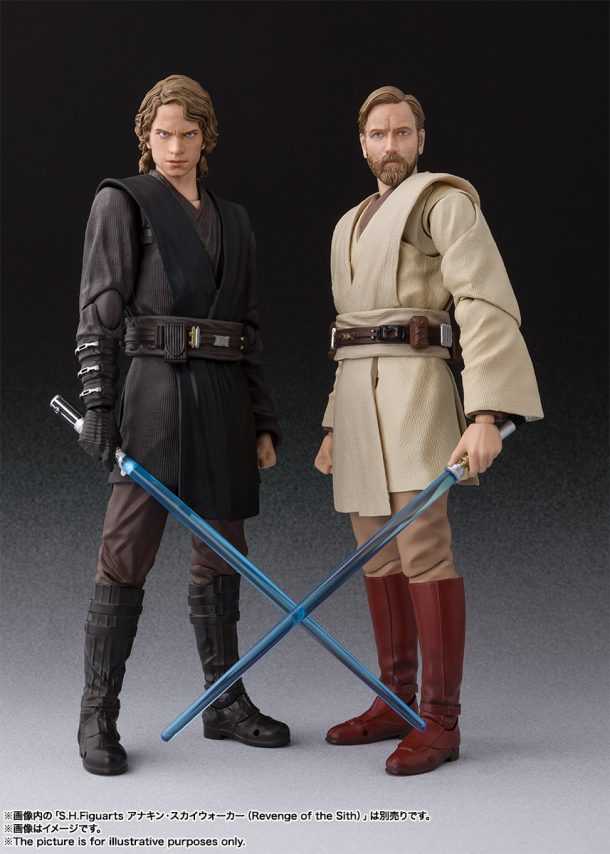 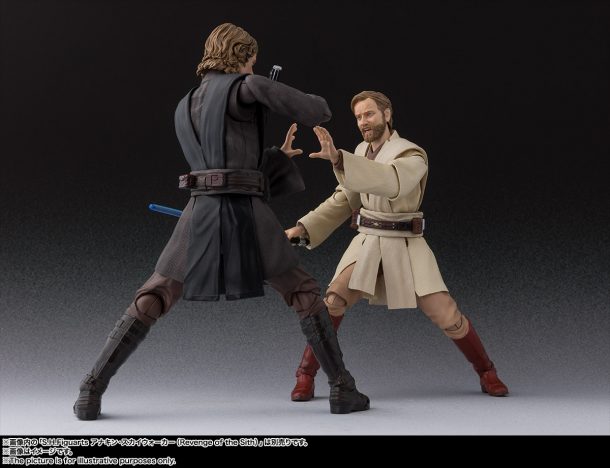 To my eyes the normal Obi-Wan face is a decent likeness, but not perfect, something seems to be off here a little bit, maybe the face is somewhat too narrow, but it’s clearly Ewan McGregor and a huge improvement on the Hasbro version from a few years back.

But in my opinion Obi-Wan’s “You were the Chosen One” head sculpt is fantastic, SHF did a great job here and it truly captures the emotion of Obi-Wan in that scene. It’s also refreshing that after years of giving us alternate headsculpts that showed only minor differences, we get more and more alternate headsculpts that show some more emotion. And while the alternate Obi-Wan face is quite scene specific it still works for various things as the final promo photo of Obi-Wan and Anakin shows.

If you want to add Obi-Wan to your collection you can pre-order him sometime on Monday. Just check your Japanese etailer of choice.
Obi-Wan is scheduled to be released at the end of February 2019.

And it’s good to see that SHF continues to give the Star Wars prequels some much-deserved love. Count Dooku is in the works and I suppose he’ll be released sooner than later. And a Jar Jar and Queen Amidala (Theed) prototype were shown earlier this year as well (in addition to the Super Battle Droid and a General Grievous that were first shown years ago).

What do you think of the figure? Will it replace your Hasbro Episode III Obi-Wan?

Next Article: Han and Leia Hoth Exclusive Set Available This Weekend In Germany!