Funko Pop, while not something that is much discussed here on JTA, is a juggernaut on the collectibles market, that is, figures or figurines that are aimed at adults, think TVC and Black Series. And now some interesting data has been released that sheds some light on how Star Wars and other popular licenses perform in the Funko line-up of both POP! vinyl figures and 3.75 inch action figures. Click through for all the details! 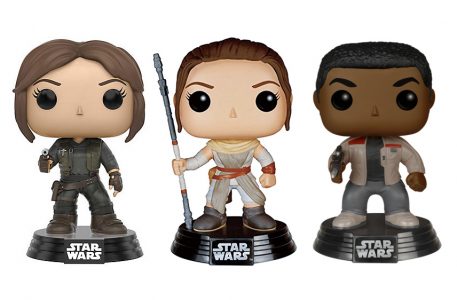 Funko, which sells both the Pop! vinly figures and 3.75 inch action figures, is a success story. Revenue has been rising steadily and despite Hasbro and Mattel reporting losses, not least due to the demise of TRU in the USA and UK, Funko still reports steadily rising revenue. 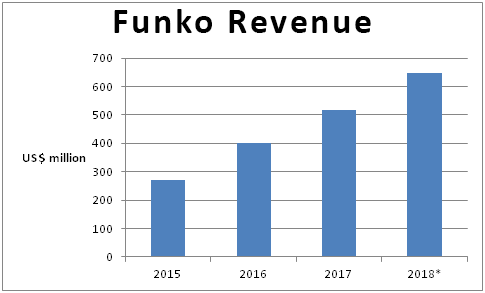 The 2018 number is an estimate, both Q1 and Q2 saw signficant growth for Funko in 2018.
As you can see, Funko has seen steady and quite impressive growth in the past few years.

Funko is the undisputed king of collectible figures, the customers are adults, or, more generally speaking, people aged 15+ and the diverse range of licenses appeal equally to both girls and boys.
Hasbro is trying to compete with Mighty Muggs, but with limited success, although no exact numbers are known. But it is apparent why Hasbro is trying to gain some market share here and is not willing to cede the market to Funko without some fight at least.

But the real interesting data is the list of Funko licenses and their revenue share. How much money does each license earn Funko in the USA? The data was sourced from major retailers in the latter half of August 2018.

This more or less corroborates what NPD reported a few weeks ago, that Marvel movies and Jurassic World are the primary drivers of the growth in the action figure market in the first six months of 2018.

The question is: is Star Wars in trouble when the franchise, which had a movie release a little more than 3 months ago, is lagging Funko licenses such as TRON, Harry Potter or Rick and Morty?

Star Wars merchandise sales have been declining for a while now. And while this is not all doom and gloom I believe that Disney has some work cut out for them, if they want to strengthen merchandise sales once more. It’s not that that Funko doesn’t have the product, they produce a plethora of Star Wars figures to choose from, but apparently the people who do buy Funko figures are not that fond of Star Wars. I was actually surprised to learn that Star Wars is so far down the list.

So, what do you think? Is this a sign of the times? Is Star Wars, movies and merchandise, on the way down, generally speaking, or is Star Wars just shrinking back to a more “normal” status, as in, one of many franchises competing for time and money and nothing special anymore?

Next Article: Billy Dee Williams Is Getting In Shape For Episode IX