Are You Waiting For TVC Rey (Island Journey) And TVC Stormtrooper (Mimban)? Good Luck With That!

Well, take this as anecdotal evidence, or with a grain of salt as you wish, but Rey (Island Journey) is NEVER reaching Walmart stores until one major thing transpires…. like getting her UPC into their computers. This leaves even less hope for the TVC Stormtrooper (Mimban) figure too. A JTA reader who asked to remain anonymous performed an investigation and found out some disturbing news. I can reveal this. “I showed him the post from Steve at Hasbro saying the Rey figures shipped months ago. I then showed him screenshots I took of the figure on eBay. Most importantly, a picture of the UPC. He looked it up and said it was not even in their system. I asked him to elaborate, and he basically said without a number they recognize, it will never be moved to the stores.“ Is anyone else over this complete cluster of a mess? This is retailing basics, and Hasbro’s most significant retail partner is squandering the line right before our eyes. It’s maddening at this point. Hasbro, please read this. Is there anything you can do to help? 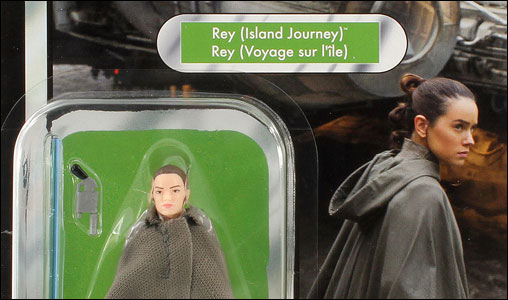