Ok, I suppose only people who want to know how Poe and Finn will look like in IX are still with us, so let’s cut to the chase, here are some of the photos that were leaked: 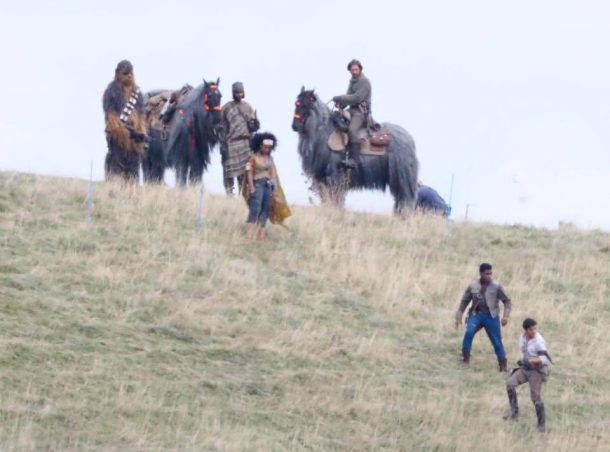 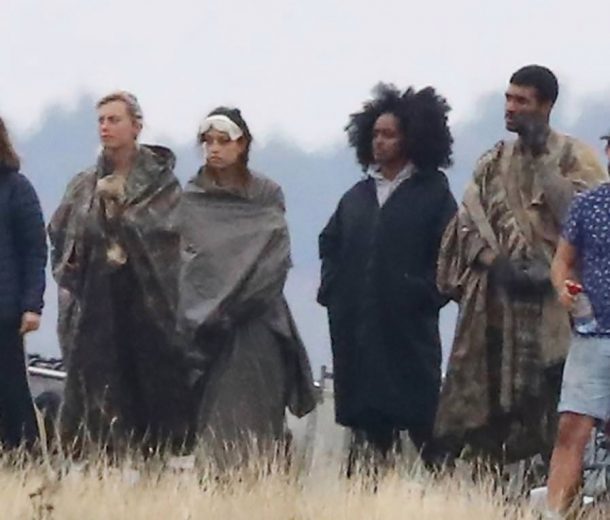 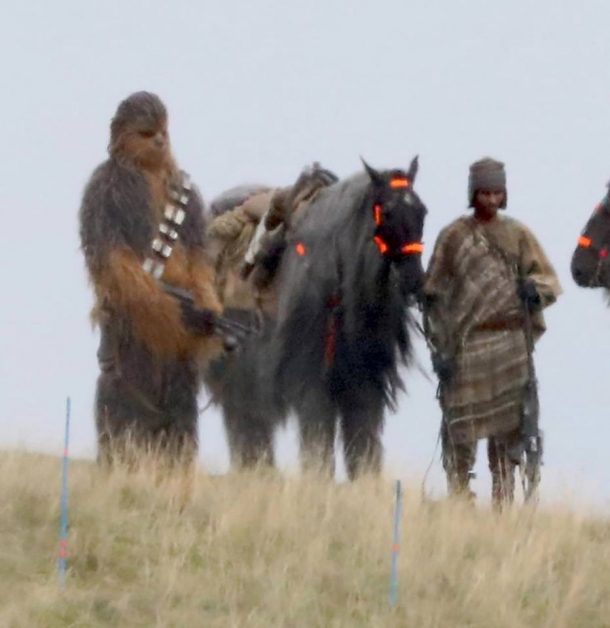 Chewbacca probably has to walk… 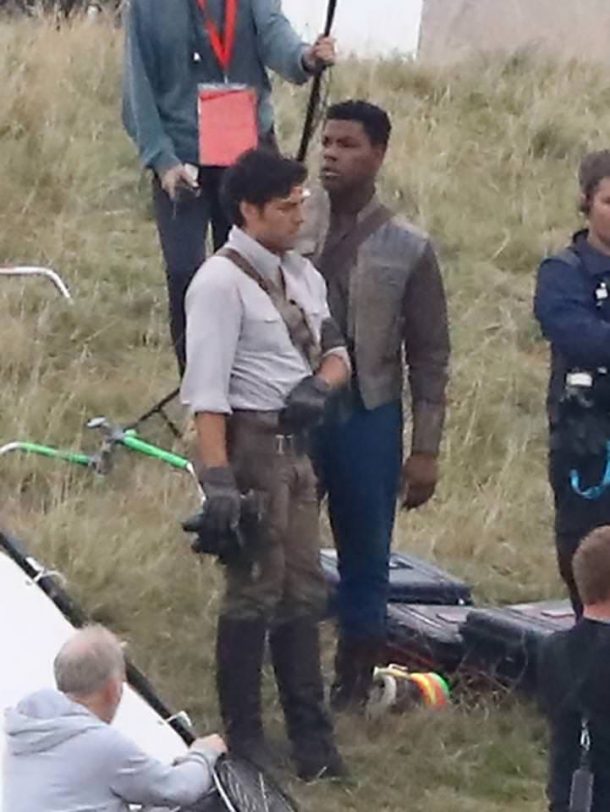 Close-up of Finn and Poe

So, these are some of the photos that leaked. What do you think? They line up with that one very blurry photo that was previously released on Twitter by JJ Abrams, as Finn is clearly wearing the same outfit in these leaked photos. It’s obvious that Star Wars still loves male heroes to wear pants and riding boots, I suppose both Finn and Poe plundered the wardrobe on the Falcon and wear Han’s clothes? Just kidding.

Especially Poe gives off a heavy Indiana Jones vibe. Poe also has a black armband, is that for some injury?

So, what do you think? Do you like the look? Are you excited for potential action figures of these characters?

I think that they do look like your typical Star Wars hero, but it’s quite generic and bland. And Poe could be from some adventure movie, only the hat is missing. Anyway, it’s good to see that the two buddies Poe and Finn go on some adventures together, Chewie is with them too, that leaves the question where Rose and Rey are.

Check out the source link for some more photos! British tabloid The Sun got hold of quite a few pictures from the set.