JTA reader Christopher reports in that his Lancaster, OH Target completed their Star Wars Aisle reset. Thanks for the update! Let us know in the comments if you are seeing the same in your area.

I was just at my local Target in Lancaster, OH. They completed their Star Wars toy aisle reset today. They put out not only the remaining two Gamorrean guards they had in stock ( the store received in three initially and someone got one out of the back room for me last Friday ) but they also, interestingly enough, put out five of the Target Chewbacca exclusive figures which have not been on the shelf at my Target yet. And they had their own shelf label. There were a few gaps in the stock. I’m interested to see what the 49.99 Kylo Ren black series tag corresponds to, as I’m not familiar with a 49.99 Kylo Ren black series Item coming out at this time. Thanks. 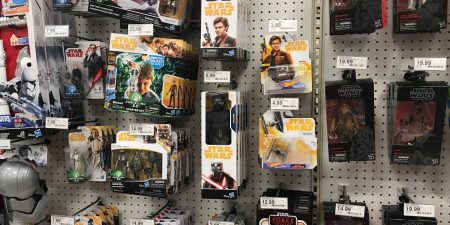 Next Article: Rogue Squadron's Origin Is Fleshed Out, And It's No Surpirse