Is The Gamorrean Guard The Pig That Broke The Camel's Back?

Is The Black Series [Phase III] Gamorrean Guard 6″ figure the one that broke the camel’s back for many collectors? If you read some of our comments in the previous article, you might believe it’s the case. This experience has forced some collectors out wholly. The Gamorrean Guard was up for order longer than expected. But those who chose their local store pick-up option were greeted with cancellation emails. As you may know, TARGET using store stock to fulfill these orders, but the figures were already long gone by this point. Also, customers were given ridiculous stories by TARGET staff that they couldn’t get to the figures, that they couldn’t find them, or and that they would be out on Sunday with a new reset. These customers came back, and the figures were gone (each store only received four on average initially). Then those who ordered for home delivery received emails that their items were on back order with no approximated availability date. Later others received an email that this item will be delayed until August 20th (which isn’t the worst news of course). An Original Trilogy army-building character with the popularity of the Gamorrean Guard should have been produced in triplicate to all previous store exclusives. It shouldn’t have even been a store exclusive. But what do we know? Anyway, let us know of your trials and tribulations securing this highly sought-after figure, and we hope that many of you can report better news than the reports we’re getting. Click through to see some of the correspondence readers are receiving. If you have cancellation emails, please post them in the comments too! 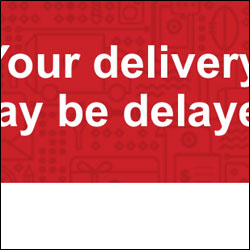 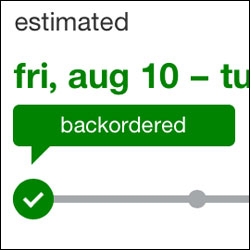 Previous Article: Will Hasbro Get Out The Highly Sought-After Guards Needed For The Barge?

Next Article: Unpopular Opinion: Everything is Fine Here, How Are You?