What is Worse: The Fool, or the Fool Who Follows Him?

Or which is worse, the first wave of repacks or the wave of repacks that follow them? Our friends at banthaskull.com have posted an article citing sources that are reporting something different than a rumor we posted about a month ago. Click through for more… 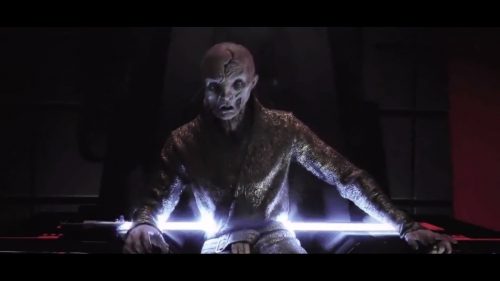 Why have Snoke in 1 piece when you can repack him in 2?

On June 1st, we reported that Hasbro may be changing the case assortment for wave 2 of The Vintage Collection. That was a very joyous report that would have resulted in many empty wallets for patrons of JTA and elsewhere. Unfortunately according to more recent reports from sources, it appears the Wave 2 assortment may be as expected at first. Banthaskull posted an article today citing Star Wars Figuren claiming the next wave will have carry forward repacks of Wave 1 figures. 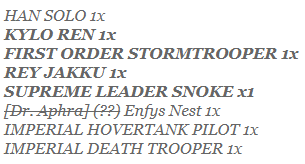 While easier on my own wallet, this wave will cause a serious bottleneck of sequel trilogy characters preventing the flow of future waves. Target pegs are already crying to be freed of the current wave of figures (other than the Hoth Trooper), so where will these repacks go? If this turns out to be true, the sightings of TVC at clearance will become all too common.

Previous Article: Three The Vintage Collection Waves Are Great, But We Want More