And here’s the full cover! 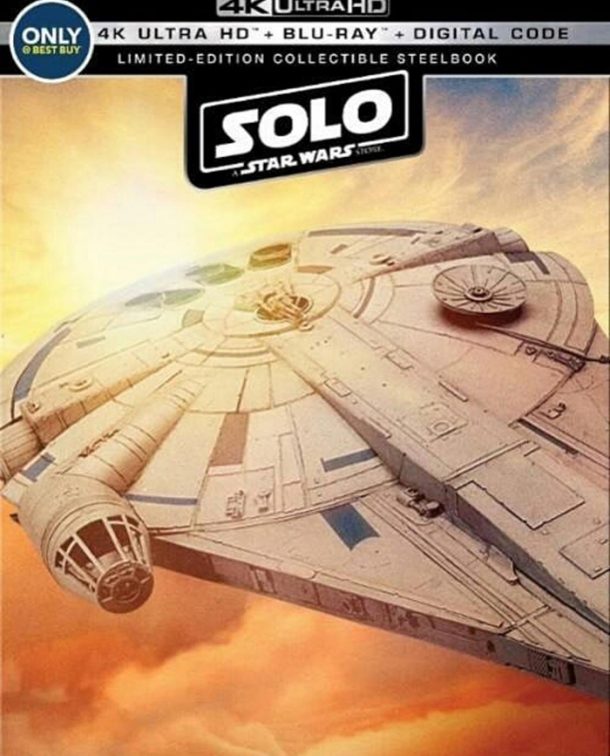 Is the limited edition steelbook Blu-Ray something that interests you? I think the cover should have featured the characters instead of just the Falcon. Also, for some reason the Falcon looks like a toy or model kit?

Previous Article: Wind-Up Fight Droids Are Awesome (And A Steal)!