Actress Kelly Marie Tran, who portrayed Rose in The Last Jedi, has left social media. She completely deleted her Instagram account, which had almost 200 thousand followers, and only left a short bio: “Afraid, but doing it anyway”. Click through for more! 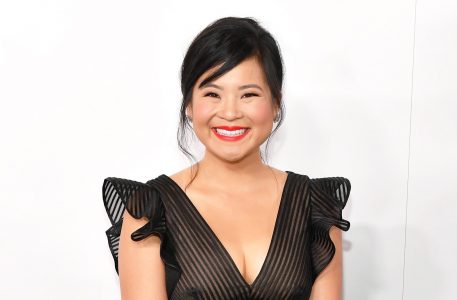 Kelly Marie Tran didn’t publicly comment on her abrupt deletion of her Instagram account, but apparently she had been constantly harrassed by Star Wars fans who disliked her character in the The Last Jedi.

So these are the times we live in. Some people who call themselves Star Wars fans can’t differentiate between a role in a movie and the person portraying the character. While it is legitimate to criticize a movie character because of either bad acting or bad writing, it is absolutely uncalled for to attack the actor or actress. It’s sad that this has to be pointed out even, since it should be self-explanatory.

In recent times there were many complaints about Lucasfilm and some of their employees or freelancers who posted some negative posts on Twitter, calling fans “cavemen” or saying that they have “toxic masculinity” or saying that some fans hated the idea that Han gave the Falcon to a girl. While these tweets were blanket statements that didn’t differentiate between fans and “fans” it is very sad to say that some “fans” deserve all these insults, if not more.

Kelly Marie Tran, just judging from afar, seems to be a sweet, loveable, likeable person who was very excited and enthusiastic about her Star Wars role. Attacking her for a fictional character she portrayed on screen, a character that someone else wrote and someone else directed, is not only plain stupid, it gives all of fandom a bad name.

It is “fans” like these who convince Lucasfilm that people who criticize the latest Star Wars movies are all misogynists, racists, cavemen and afraid of women.

I think this is the perfect time to show both Kelly Marie Tran and Lucasfilm that the fans, the vast, huge overwhelming majority of fans is not like that.

It just makes me sad, personally, that online harassment caused Kelly Marie Tran to post her short bio on Instagram: “Afraid, but doing it anway” – and to delete everything else. No one, literally no one, should ever be afraid to play a Star Wars character. It should be a joy, it should be fun. And even if some fans dislike the story or the character, the actor or actress is the wrong person to criticize anyway, they just do what the script and director tell them to do. Give feedback to the director or screenwriter and tell them why you think this or that didn’t work, without resorting to insults or personal attacks.

Unfortunately, there is a long tradition of attacking Star Wars actors, Jake Lloyd has a few things to say about that too, if he even wanted to talk about Star Wars anymore. We all know where he is now in life.

Which is why we must give a clear sign now that we, the fans, the actual fans, the fans who disliked The Last Jedi, the fans who loved The Last Jedi, don’t tolerate this behavior by a small splinter group of idiots who think it’s fun and ok to harass someone online just because they didn’t like something they saw in a movie theater. These people should, to quote Obi-Wan, go home and rethink their lives. Thoroughly.

It is my hope, it is all our hope here on Jedi Temple Archives, that Kelly Marie Tran will get some support now, that she will see that only a tiny, very stupid percentage of “fans” are hateful and that the vast majority would like her to know that she should not be afraid, never be afraid just because she portrays a Star Wars character, that she is liked and loved by the fans. This is not about some fictional character in some fictional universe. This is about a real person in the real world. And 99.999% of fans know the difference.

Kelly Marie Tran is hopefully not discouraged now to continue in her role. She will most certainly be in Episode IX. The haters will have to deal with it. And if one of them happens to read this: please try to remember that Kelly Marie Tran is not “Rose”. She’s just a young woman who was happy to be in Star Wars and was full of enthusiasm. Until you tried to rob her of that. You will not succeed.

Please leave your thoughts. If you have a nice message for Kelly Marie, you’re welcome to post it.

Update: it was pointed out in the comments that Kelly Marie Tran’s short status message “Afraid, but doing it anyway” probably refers to her deleting the Instagram account and not necessarily her being Rose in IX and facing reactions by haters and trolls.

Previous Article: You Have Another Chance At TBS6 [P3] 4-LOM!

Next Article: Get a Piece of that Solo Action (Figures)!