Wo! Our “rumor” report from last summer has finally come to pass. Although this was expected much earlier in the year, select waves of figures from th failed Walmart exclusive The Black Series [Phase III] 3.75″ super-articulated line has finally become avaialble to online retailers. Orders were solicited mnths and months ago for these figures by online retailers, but their orders were never cancelled (the last we heard). Now, Entertainment Earth has put the final wave of figures up for pre-order on their site. Special thanks to JTA reader Agusin for the alert! 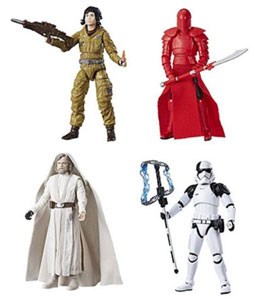