As much as many of us like to criticize eBay for all of the “evil” people who sell on there, it has proven to be a great gauge for what Star Wars items go for on the aftermarket. In a very short moment of downtime, I curiously searched for three Star Wars characters (their respective action figures) across three definitive periods of collecting eras. I tried to pick characters of equal prominence but gave the Sequel Trilogy an advantage with a more popular “B” character. First I searched for the classic vintage Kenner Walrus Man (of which there are hundreds). Then I jumped to our modern era of Sequel Trilogy collecting and decided to choose Maz Kanata randomly. Once again, there are hundreds of her available as well (hundreds of each scale). Then I jumped to a random point in time during the Golden Age of Collecting and chose The Vintage Collection’s Wooof action figure. There are less than a dozen. (more….) 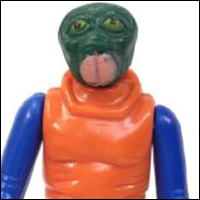 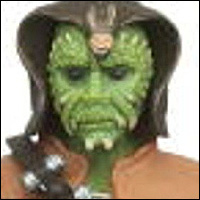 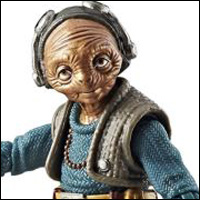 I think this proves a couple of things. Firstly, there are more vintage Kenner figures than we realize and I believe very few items are indeed “rare” (as awesome as they are).  This is especially true from a loose perspective. Secondly, there are too many Sequel Trilogy items getting produced that doesn’t have an interested market to support it. And thirdly, classically sized super-articulated 3.75″ action figures are king and desired by an audience who has money to support it. You may think my searches are anecdotal, but you can try this with MULTIPLE characters, even the main ones, and you’ll find shockingly similar results. Do I have conclusive empirical evidence that my assertion that Hasbro’s best action figures are the rarest is correct? Of course not. But do some searching on your own. You may find a pattern that you will likely have a difficult time believing.

Next Article: A Figure That We Have In Millimeters But Not 3.75 Inches (Part I)