Hasbro Said There WILL BE A SDCC TVC Exclusive This Year

BUT WHO WILL IT BE? It’s always fun to speculate what’s coming next from Hasbro, and this is especially true when it comes to San Diego Comic Con exclusives. Hasbro has already let it “slip” that there will indeed be a The Vintage Collection SDCC exclusive this year. So, based on past experience, we’re going to surmise what it might be. Click through for more. 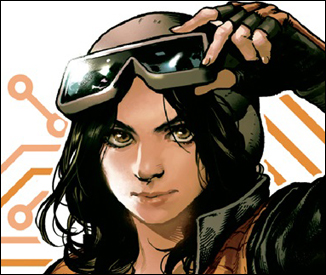 The Vintage Collection is first and foremost about the Original Trilogy. You can kick and scream all you want about that, but facts are facts. Hasbro doesn’t have any [new] figures from the Original Trrilogy in the hopper until about Spring 2019, so what does that leave us for options?

Most recently, Hasbro had out of the box success with the Grand Admiral Thrawn SDCC exclusive from The Black Series [Phase III] 6″ line. It was the first figure to sell out at the event, and the first figure to sell out on Hasbro Toy Shop. People love their Expanded Universe characters. It seems that the EU would make the most sense. But what about the Sequel Trilogy? Well, there is enough old merchandise rotting on shelves based on the Sequel Trilogy (including Toys R Us). Also, The Last Jedi is already forgotten. So, we believe it’s likely that Hasbro might focus on their first Expanded Universe figure for The Vintage Collection’s rebirth; Doctor Aphra.

Whether they add fancy packaging or extra accessories, we have a gut feeling that Doctor Aphra is a logical choice for their The Vintage Collection SDCC exclusive option this year. SDCC is also chronologically ahead of The Vintage Collection’s wave 3 case assortment; the wave that includes Doctor Aphra. It would make sense for Hasbro to capitalize on her newness by making her an exclusive first.

What do you think about our logic? Let us know in the comments!

Next Article: StarWars.com Asks "What Is Your Favorite SW Movie?" Fans Answer: "TLJ."