Star Wars is a global phenomenon. And it has always been quite popular across Western Europe, Japan and Australia. Therefore, it might be interesting for people in the USA to learn what people in other countries such as Germany actually think about Star Wars and who the fans are. The SINUS Institute and YouGov conducted a representative Star Wars survey in Germany and published their results on May 4th. Click through to find out how German Star Wars fans tick and who they are! 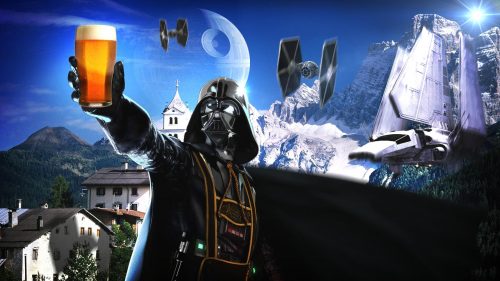 Germany: the land of real life Disney castles and Darth Vader in Lederhosen

2,010 Germans were asked about their Star Wars preferences. The results were weighted and are representative. Not just Star Wars fans were surveyed. So the results show what all Germans think.

How widely known is Star Wars?

What are the most watched Star Wars movies?

It’s curious that the original Star Wars is not among the top three. However, this result aligns perfectly with what Morning Consult found in its representative Star Wars survey in the USA in December 2017, the top three most watched movies were identical, percentages only differ a little, so it seems the fandoms in the USA and Germany are quite similar in what movies they watch the most.

What trilogy is most popular?

So Germany likes the OT the best, I think this is not really a surprise.

How old were people when they first saw Star Wars?

It’s certainly no surprise at all that the majority of people were still quite young when they first saw Star Wars.

Next up is an interesting question. What social groups or strata like Star Wars the most in Germany? In other words: who are the fans? What is their background, what social group do they belong to? The SINUS Institute has 10 pre-defined strata or social groups, these have been in use in sociology for more than 30 years and are used in all kinds of research. The following graphic will give you the percentage of Star Wars fans as measured by the total number of Star Wars fans in Germany. A short definition of each group will follow below. 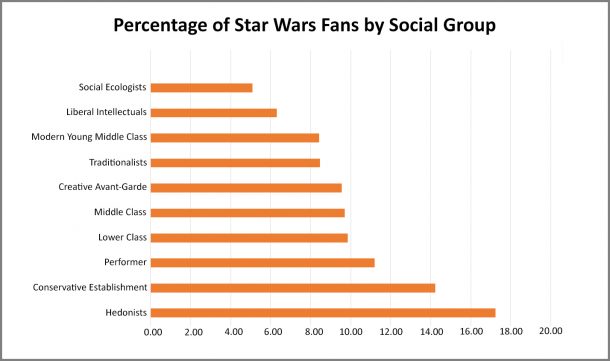 So what do these social groups or strata stand for? According to the SINUS Institute the definitions are as follows:

The “Social Ecologists” and “Liberal Intellectuals” account for the fewest number of Star Wars fans in Germany. Around 2.9 million of them are fans. Whereas “Performers”, “Hedonists” and the “Conservative Establishment” account for roughly 11 million Star Wars fans.

Light side or dark side? Which side would you join?

If this is true then Solo would sell more tickets than The Last Jedi, which sold somewhat less than 6 million tickets in Germany. I am curious if that is actually true.

So this is it. I think the survey is quite interesting. Some of the results are in line with what last December’s Star Wars Survey by Morning Consult found (there was a report on JTA about it), which shows that Star Wars fans in the USA and Germany are quite similar in many regards.

What do you think? Are you surprised about some of the German results? Or is it what you expected? Post your opinion in the comments!

Also, Hasbro, please take note: more than 1/3 of all Germans identify as Star Wars fans! Imagine all the merchandise and action figures you could sell here! If only we had good product on shelves and if only prices were actually sensible! And the situation in other traditional Star Wars markets is most certainly very similar. Give us things to buy! Give them a fair price!

Next Article: The Vintage Collection Rey (Island Journey) Is Back IN STOCK On eBay