General Manager of Lucasfilm and President of ILM, Lynwen Brennan, recently gave an interview to Wales Online. And she had a few things to say about ILM, specifically that they want more girls! Click through for more details! 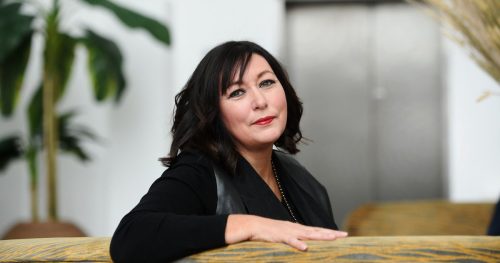 The article states that Lynwen Brennan, who has worked ILM for almost 20 years, wants more girls to know that the world of visual effects, film engineering and many other roles behind the camera are not just for computer and maths whizzes.

And then she says:
“At the moment 75% of the people in visual effects are men and that’s unacceptable. Our ratio at ILM is better than that, but it’s still not enough.”

So, how will ILM and Lynwen Brennan go about to achieve their goal? Will they stop hiring men and only hire women until there is a near 50% quota? Will they lay off some male VFX experts and replace them with women? Or will they conscript young girls and force them to work in VFX even though they’d rather be a teacher or nurse? Lynwen Brennan does not elaborate on that point.

The question is, why are 75% men in VFX unacceptable to ILM and Lucasfilm? Maybe this is a representation of the overall ratio of men and women who are interested in VFX? Is “unacceptable” really a term the President of Lucasfilm should use to describe her work force?

It can’t be ILM or Lucasfilm that are keeping women away, according to Brennan:
“At Lucasfilm there’s always been a great balance in the leadership and one of my favourite things to say is that I was promoted when I was on maternity leave. I felt supported the minute I walked through the door.”

Anyway, if you’re a woman and you want to work for ILM, maybe now is the time to apply for a job as VFX specialist!

One has to wonder how the male VFX experts at ILM feel when they read this interview by their boss. Maybe some of them should look into retraining to become nurses or teachers.

And let’s hope Solo: A Star Wars Story will still be a fun movie with great VFX, despite only 25% women working on them.