Tony Gilroy Talks About Rogue One Reshoots For The First Time

We all know the story: Lucasfilm hired Tony Gilroy to work on reshoots for Rogue One. Gilroy never talked about his involvment with the movie and what the problems were. Until now. Tony Gilroy has finally revealed a few things about the Rogue One reshoots and the state the movie was in before he was hired by Lucasfilm. Click through to read more. 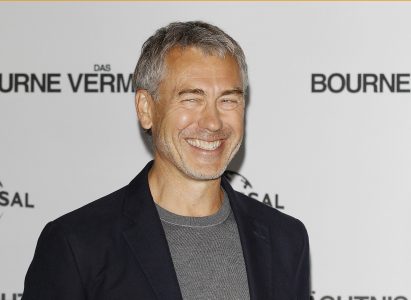 Tony Gilroy was interviewed by Brian Koppelmann for his podcast. And for the first time ever Tony Gilroy publicly said a few things about the Rogue One reshoots. And it tells us that, at least according to Gilroy, things didn’t look too pretty back in June 2016 when he was hired.

Has has this to say about the extent of the reshoots and how much work he did:

“I came in after the director’s cut. I have a screenplay credit in the arbitration that was easily won.”

This is very carefully worded. But Gilroy goes on and tells us what state the movie was in when he finally came to work on the movie:

“I’ve never been interested in Star Wars, ever. So I had no reverence for it whatsoever. I was unafraid about that. And they were in such a swamp, they were in so much terrible, terrible trouble that all you could do was improve their position.”

“If you look at Rogue, all the difficulty with Rogue, all the confusion of it, and all the mess, and in the end when you get in there, it’s actually very, very simple to solve. Because you sort of go, ‘This is a movie where, folks, just look. Everyone is going to die.’ So it’s a movie about sacrifice.”

He doesn’t exactly explain in detail what these troubles were, but it’s apparent that Lucasfilm felt the same, or else they wouldn’t have hired him.
It’s very unlikely Tony Gilroy will ever do another Star Wars movie.

“It doesn’t appeal to me. But I don’t think Rogue really is a Star Wars movie in many ways. To me, it’s a Battle of Britain movie.”

Would you like to see Gareth Edward’s original director’s cut one day to see how much different that movie would have been without Gilroy’s involvment?
Also, so far Lucasfilm hired people to direct and write the movies who either were Star Wars fans or know a lot about it. Maybe it could be beneficial for future movies to also have people making a movie who are fresh, know little about the franchise and are not lifelong fans?

Also, one has to wonder why Lucasfilm only acted once Edwards had assembled a cut of the movie and not before, if, according to Gilroy, the movie was in such terrible trouble. But they found the right person in Tony Gilroy, Rogue One was a financial and critical success and is a Star Wars movie which is more or less generally liked by the vast majority of fans.
It’s also of note how similar the production woes of Rogue One and Solo: A Star Wars Story look. Perhaps Lucasfilm had learned their lesson from Rogue One and didn’t wait for Lord & Miller to assemble a cut of the movie before they were fired.
As it seems, at least according to Tony Gilroy, Gareth Edwards was in way over his head. Also, according to IMDB, Edwards has no new project lined up at the moment and Rogue One appears to be his last project to date. The next Godzilla movie will be directed by Michael Dougherty, and not Edwards.

You can listen to Brian Koppelman’s podcast with Tony Gilroy here.

Next Article: Solo Products Continue To Leak Out