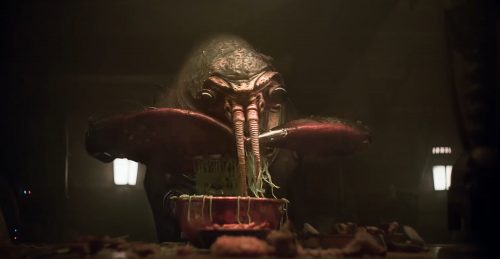 Promotional Topps trading cards reveal the name of that alien creature. And it may be the best Star Wars name ever. Or the worst. You decide! Click through to find out the name!

Star Wars has many weird character names that are also puns or plays on words. General Grievous. Darth Maul. Salacious B Crumb. And all time favorite Elan Sleazebaggano. But they all may be dethroned by the new character, whose name is…. 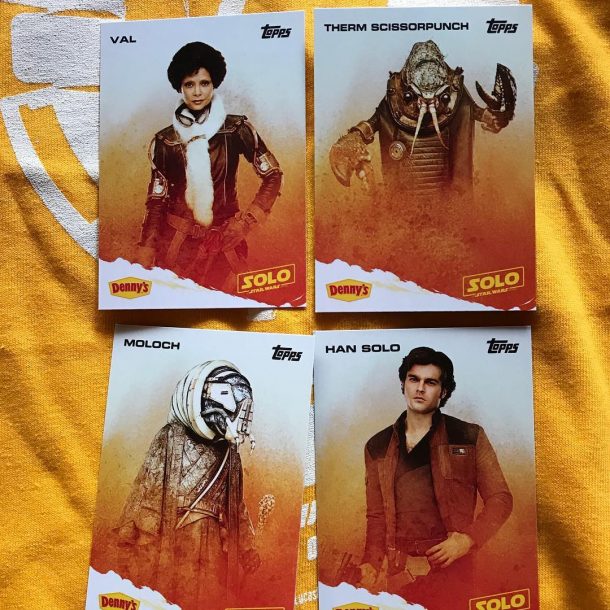 Source of the photo is Making Star Wars on Instagram.

So, what do you think? After some very mundane Star Wars names in recent Star Wars movies (Finn, Rey, Poe, Kylo, Jyn, Cassian etc), Solo: A Star Wars Story seems to be right back on track in the naming department. Maybe the creators wanted to offset the most mundane Star Wars character name ever, also featured in Solo, “Tobias Beckett”, with “Therm Scissorpunch”. Say that out loud a few times!

Next Article: Were Rey's Parents Supposed To Be Special After All?