After years of indirectly being told how small and insignificant we were to your bottom line, Hasbro, I hope that the performance that #backthebarge that the 3.75” super-articulated Star Wars collecting community has proven our worth to you. (more….) 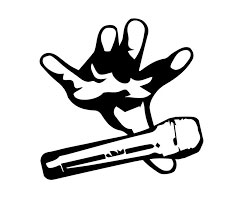 Hey, my opening is melodramatic. I know you always loved us, Hasbro. But it didn’t feel like it for a long time is all.

Now, I know you told us from the Google Hangout that you wouldn’t judge the size or legitimacy of the 3.75” super-articulated collecting community if Jabba’s Sail Barge (The Khetanna) didn’t make the minimum backing. So it probably isn’t fair of me to use it in our favor because it did meet the goal. But I still feel that there are essential things that are now written on the wall because of its success.

Admittedly, I was a skeptic. I didn’t believe we would get any more than 3500 backers. I figured about 25% of the remaining hardcore audience of SA 3.75″ collectors (of which I guesstimate is at 15,000 right now) would back it and no more. But nearly half of my guesstimate has backed it. (Yes, I know some 6″ collectors backed it too.) Ask my friend Chris Swanski, whom I lamented to daily about the demise of a vehicle I had wanted since 1983. He was tortured DAILY by me that it wasn’t going to become a reality.

But he knew it WAS a reality after the inclusion of the exclusive Yak Face. Oh me of little faith. He was right. I was wrong. I honestly didn’t feel that Yak Face was enough to push the fence walkers to the right side of backing it (for many others; I was okay with just the vehicle).

I hope the success of the very first HasLab campaign reinforces to you (Hasbro) some critical factors about a diverse community that still masses around crucial things that interest us and keep us fully invested in this hobby.

My excitement of Jabba’s Sail Barge success doesn’t stem from cockiness. Again, Chris can confirm this. It’s more like relief. As I mentioned earlier, I didn’t think this was coming to fruition. And with the constant barrage of comments from collectors who DO NOT collect 3.75” super-articulated action figures, it felt good to see validation that our collecting community is still viable and prospering. We do still matter.

More importantly, we understand why Hasbro had to offer the Sail Barge through the HasLab platform. It would have been clearance fodder at Big Box retail, just like the 6″ First Order Special Force Imperial TIE Fighter (which is STILL found for $24.99 on clearance). I am so happy that collectors put their money where their mouth is. They put up, and now we don’t have to shut up. It has been an emotional roller coaster of a ride for me, but what a payoff!

The Sail Barge is less iconic than a Millennium Falcon, it’s $500, and it’s gigantic to the point that many people have no idea where they’re going to put it. I think the success of Jabba’s Sail Barge (The Khetanna) should prove to Hasbro that they have a thriving, prosperous and dedicated and hardcore group of collectors willing to step up to the plate (along with their money) and support things in unconventional ways to do their part to make the line thrive. (And to get stuff we probably wouldn’t get otherwise.) Start brainstorming multipacks of obscure cantina aliens and Jabba’s retinue; for we will support and buy them all!

I don’t think this HasLab campaign would have gotten the same reception if Hasbro started with a Prequel Trilogy or Sequel Trilogy vehicle or playset. I am not sure if they should even consider such things for HasLab in the future. (That’s just one man’s opinion so please don’t get defensive about either trilogy.) Time will tell if Hasbro will head in that direction. I think now the next HasLab item should be $500 6” project (of equal or similar iconic status as Jabba’s Sail Barge). I am curious to see how the number of backers will differ.

Anyway, thank you to everyone who backed this item. It still feels like it’s a dream that it’s going into production. I’m excited, Hasbro’s enthusiastic and JTA readers are eager. I hope the future has everyone’s interests in mind and that HasLab meets the wants and desires of Star Wars collector everywhere in the world. Hasbro has a few things to change up for future campaigns. The bumps in the road are easily fixed, but they have to change them to make the next one bigger and better.

Next Article: Get Served... Star Wars Themed Food at Denny's