Author and collector Paul Berry wanted us to help spread the word on his new Star Wars collectible resource: Star Wars Memorabilia: An Unofficial Guide to Star Wars Collectables, which is now available. He also sent along a few excerpts from his book. Get all the details after the jump! 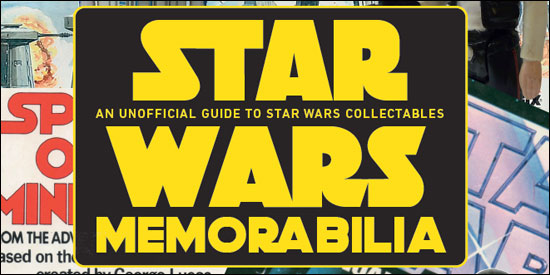 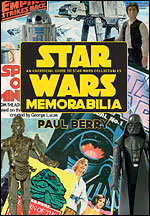 Star Wars first debuted on movie screens in 1977 and over the past forty years has grown into a collecting phenomenon. It has generated more merchandise than any other movie series in history, spanning every area of licensed product from inexpensive pocket money toys to big ticket full-size replicas.

With a focus on the early vintage period of the 1970s and 1980s, author Paul Berry charts the development of the Star Wars collectable through the prequels of the 1990s and 2000s and into the modern era of films.

The book looks at the massive success of the Kenner, and later Hasbro action figure range, which has spawned well over 1,000 figures; the wealth of toys and games inspired by the saga; the books and comics that have greatly expanded the Star Wars universe; the records and the videos; the trading cards; and the modern collectors’ items.

Whether you joined the Star Wars saga in 1977, 1999 or 2015, Star Wars is a hobby that continues to attract new generations of collectors and will likely endure for many decades to come.

Click below for a few sample pages from this book 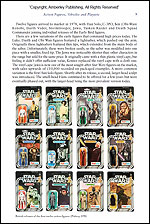 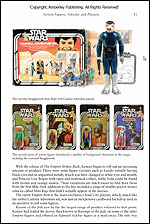 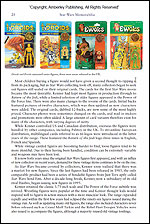 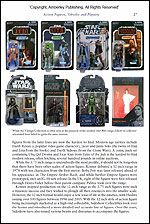 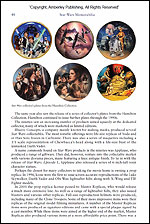 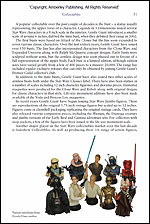 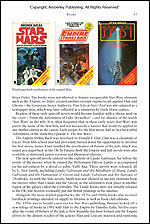 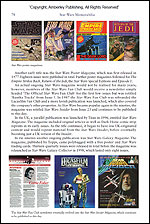 I had the pleasure of checking out the entire book, and while this might not be an all-inclusive guide to Star Wars collectibles, it does provide a great, well-rounded overview of this hobby we all enjoy so much. Each section spotlights collectibles from different areas, opening up a wider look at what’s available to collect beyond the toys.

Pre-order this on Amazon (Available July 1)

Next Article: The Vintage Collection 2018 Wave 1 For Sale On eBay - Ships In Days!